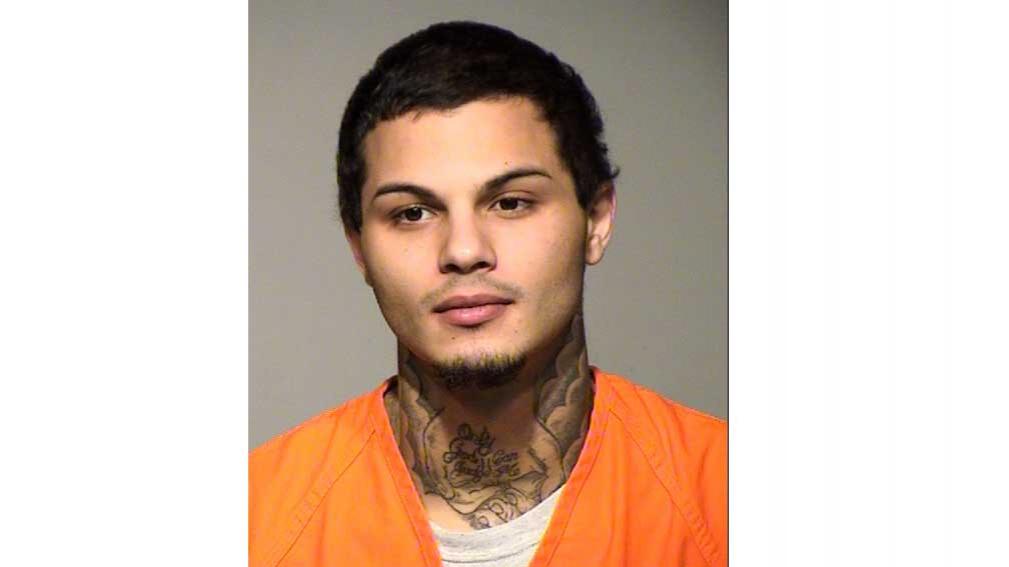 A 20-year-old is in police custody after an arrest warrant was issued because he allegedly beat a man to death and posted it to Snapchat.

The body of Delvin Mendoza-Chaparro was discovered on December 19 behind the garage of a home on South 6th Street in the City of Milwaukee.

Devin Katzfey was in the Milwaukee County Jail as of Monday morning.

He is facing a first degree reckless homicide charge.

A criminal complaint details the investigation into the 20-year-old's death.

A Milwaukee Police Detective investigating the report of a deceased person said Mendoza-Chaparro was wearing a Marquette University sweatshirt and Levi jeans. He was not wearing any socks or shoes. Wind chills on the night of Dec. 18 and 19 reached negative temperatures.

An autopsy found Mendoza died from "multiple blunt force injuries of the head." This is consistent with the investigating detective's report. He observed numerous abrasions on Mendoza-Chaparro and said his face and neck appeared to be severely battered.

Zakesky spoke with police about the events leading up to Mendoza-Chaparro's death. She told investigators the night before he died, Devin Katzfey, his brother and her roommate were smoking marijuana at an apartment. Mendoza-Chaparro told her he was going to come over. Zakesky said she fell asleep before he did.

Katzfey claimed he saw the stolen items in Mendoza-Chaparro's coat.

The criminal complaint reads: "[Zakesky] stated that the victim had no chance and he didn’t have a chance to raise his fists and fight man to man."

Police recovered all three videos and describe them in the criminal complaint.

In the first video, Mendoza-Chaparro's badly battered face is shown. He is injured, but appears to be alive. A voice can be heard taunting the victim: "You know who this is, this Superman."

In the second video, Mendoza-Chaparro is lying on his side in what appears to be an apartment. The victim is clearly hurt. The voice on the video says, “That’s what happen when you fight.”

According to the criminal complaint, the person recording the video turns the camera on himself. Katzfey’s Facebook account is listed under the name SupermanX74.

In the third video, the victim attempts to get up and Katzfey kicks him down to the ground.

According to the criminal complaint, police asked Zakesky what she thought would happen when they left him there, and she said she didn't know.

Zakesky and Katzfey are charged with first degree reckless homicide.