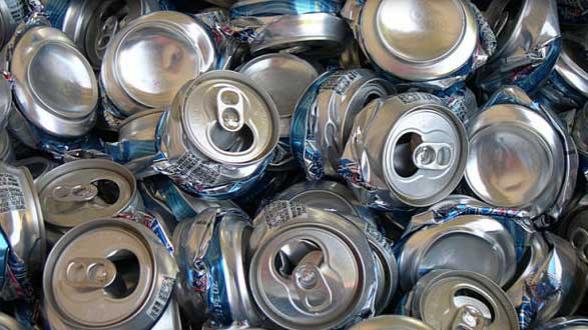 HOWELL, Mich. (CBS NEWS) -- In a caper straight out of "Seinfeld," authorities say a man was pulled over with 10,000 cans in his truck, allegedly attempting to cash in on Michigan's 10 cent bottle return.

State police Motor Carrier Officer Clifford Lyden testified he stopped Everidge for speeding in a truck April 27 in Livingston County. Lyden says the truck was packed with aluminum cans that Everidge said were from Kentucky.

"I don't think you could have put another five or 10 cans in there," Lyden testified. Police have not said if they believe the suspect was inspired by an episode of the famed sitcom "Seinfeld," in which two characters attempt to drive a mail truck filled with cans from New York to Michigan.

Citing the Container Recycling Institute, the paper reports Michigan has the highest refund value on bottle returns -- double the five cent return offered by many states. But to legally get the 10 cent bottle or can refund in Michigan, beverages must be bought in the state.

Everidge has been charged with one count of beverage return of nonrefundable bottles, a felony if the attempted return is more than 10,000 cans, punishable by up to five years in prison, a $5,000 fine or both, reports MLive. com.