Man gets 2nd and 3rd OWI citations after rollover crash 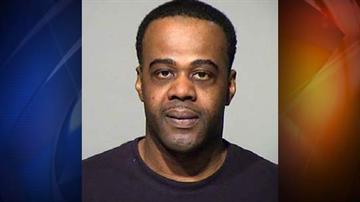 MILWAUKEE COUNTY-- A suspected drunk driver is arrested after being involved in a rollover crash.

The man initially left the scene and came back with his brother who he said was the one who crashed. A Good Samaritan stopped to call 911 after spotting the crash only to have his car stolen.

This bizarre incident unfolded Saturday around 2:45 p.m. on 145 near Grantosa.

37-year-old Bennie Alonzo Teague crashed his car which ended up landing on its roof.

He managed to escape the vehicle and leave the scene.

A Good Samaritan stopped and called 911. While on the phone with dispatch, he saw that his car had been stolen.

Meanwhile,  Teague returned to the scene driving another vehicle, along with his brother and said that his brother had crashed his car.

The brother eventually admitted that this was not the case.

Sheriff detectives are investigating the theft of the Good Samaritans vehicle.

Teague was one of the thirteen drunk drivers arrested during the Milwaukee County's Operation Drive Sober patrols this weekend.