Man dies after running into towering blaze at Burning Man 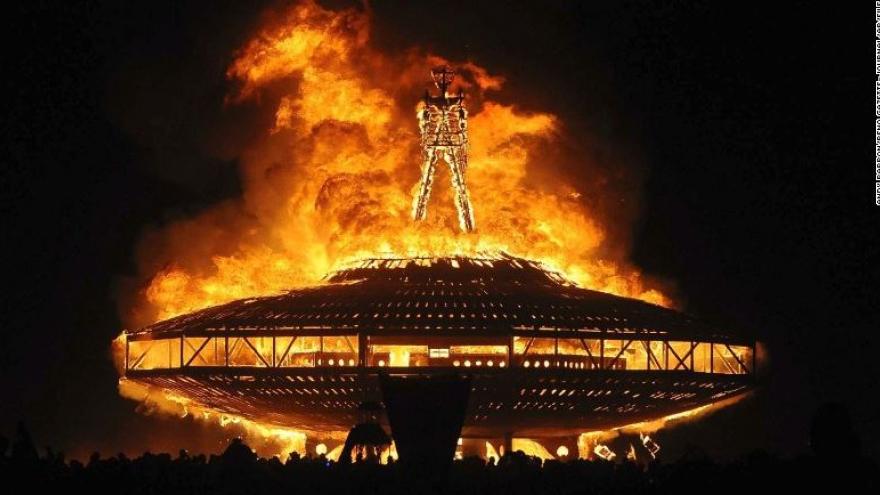 (CNN) A man has died after running into the towering blaze for which Burning Man is named, according to the Pershing County Sheriff's Office in Nevada.

Aaron Joel Mitchell, 41, was one of thousands at the annual gathering in Nevada's Black Rock Desert, about 120 miles north of Reno. The weeklong event of pop-up installations culminates in massive burns of an effigy known as the "Man" on Saturday and the "Temple" on Sunday.

On Saturday night, Mitchell broke through two levels of security guards protecting the area where the "Man" was burning. Fire personnel rescued him and he was airlifted to the nearest burn center at UC Davis Medical Center in Sacramento, California.

He was pronounced dead at the hospital on Sunday morning, and his family has been notified, the sheriff's office said.

According to medical staff, Mitchell was not under the influence of alcohol and a toxicology screening is pending, the sheriff's office said. An investigation continues.

The Burning Man organization canceled scheduled burns through noon Sunday but said it will proceed with the scheduled Temple burn at 8 p.m. Sunday.

Emotional support teams have been made available to participants and staff, the event's organizers said on the festival website.

"We're aware this incident has affected not only those who responded immediately on the scene, but also those who witnessed it, and our Black Rock City community more broadly. We are working to make resources available to those affected," the group said on its website.