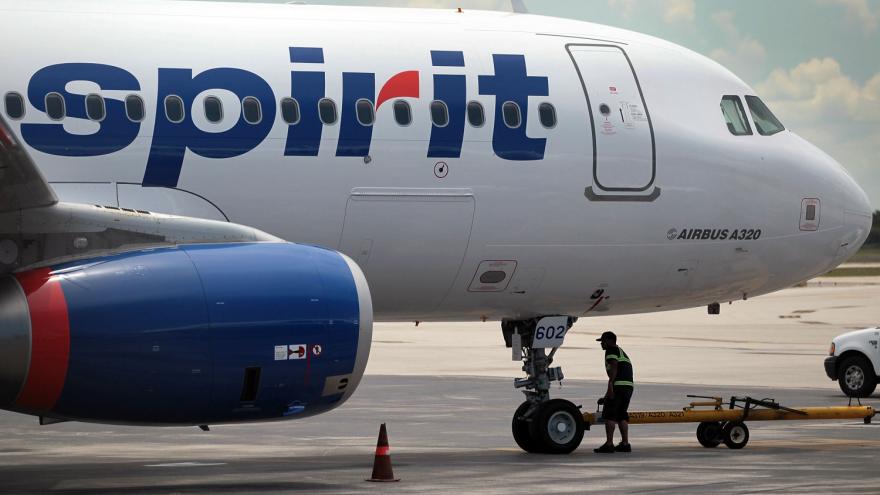 DETROIT (WWJ) – A man from India is due in federal court on charges that he sexually assaulted a sleeping woman on a Spirit Airlines flight to Detroit.

The 22-year-old alleged victim claims she was asleep in her seat mid-flight from Las Vegas to Detroit Metro Airport, Wednesday morning, with a stranger — identified by authorities as Prabhu Ramamoorthy — seated beside her.

When she woke up, the woman said her clothing had been unbuttoned, both top and bottom, and she was being molested by the accused, who had his hand down her pants.

According to the criminal complaint, Rammamoorthy stopped when the victim woke up. Visibly shaken and in tears, she immediately notified flight attendants.

Rammamoorthy was arrested by Wayne County Airport Authority officers when the flight landed, initially telling investigators that he was in a deep sleep and was not sure where he had put his hands.

Rammamoorthy later changed his story, telling an FBI agent that he might have undone the woman’s bra “while playing with it,” had cupped her breasts. The complaint states: “He also indicated that he unzipped her pants part-way and did put his finger in her pants.” [Read more in the criminal complaint. Note: Contains details including some graphic language].

Rammamoorthy made a brief appearance in U.S. District Court in Detroit on Wednesday on a charge of aggravated sexual abuse.

An attorney assigned to the case, Amand Jawad, noted that Rammamoorthy is not a U.S. citizen.

“He is a citizen of India, and because of that, he can request that the government notify his county so India’s counselor offices here in the United States, and those offices may be able to help him obtain legal representation or be in his contact with this family (so they may) visit him in detention,” Jawad said.

Jawad asked the judge to give Rammamoorthy a few minutes to read the criminal complaint in the courtroom. “It’s something I don’t want to send with him because it might endanger him in the jail,” she added.

Rammamoorthy has requested that the government contact the Indian consulate. He remains jailed awaiting a detention hearing scheduled for Thursday.