Man charged with burglary after bakery puts his mugshot on cookies 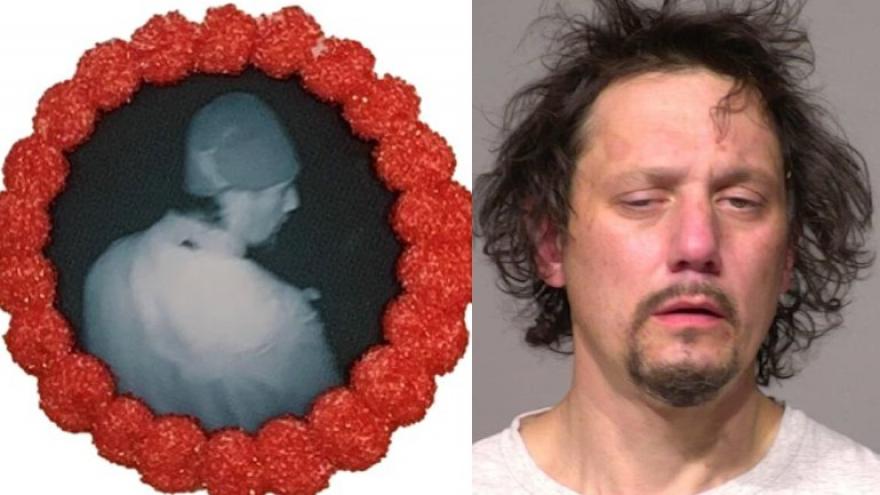 MILWAUKEE (CBS 58) -- A man accused of burglarizing a Milwaukee bakery is now charged. His image went viral after the bakery decided to print his photo on sugar cookies to catch him.

The burglary happened Monday, April 19, at Canfora-Lakeside Bakery near Oklahoma Avenue and Herman Street. According to a criminal complaint, an employee arrived at the bakery late that night to prepare for Tuesday, when they observed the cash drawer was missing.

Investigators obtained security footage showing a suspect unscrewing a lock box mounted to the wall and using a key inside to enter the bakery through a side door.

Video from inside the bakery showed the same suspect removing the cash drawer from the register and leaving the scene.

The owners of the bakery took it into their own hands to try and catch the suspect by printing pictures of the suspect on sugar cookies. And it worked!

Authorities learned from tipsters the suspect was allegedly Dominick Kolp, a 45-year-old from Milwaukee. Investigators spoke with Kolp's ex-wife who identified him in the security footage, and stated Kolp had a severe drug addiction.

On May 9, Kolp was taken into custody after police say he jumped from a rear-floor balcony of a hotel was apprehended when he landed on the ground.

According to the criminal complaint, Kolp denied going into the bakery, but stated he jumped from the hotel balcony because he knew he was wanted in connection with the bakery burglary.

Kolp told officials he has an open case for burglary, and that he went to the hotel to use drugs before turning himself in.

Kolp is now charged with burglary of a dwelling and bail jumping.