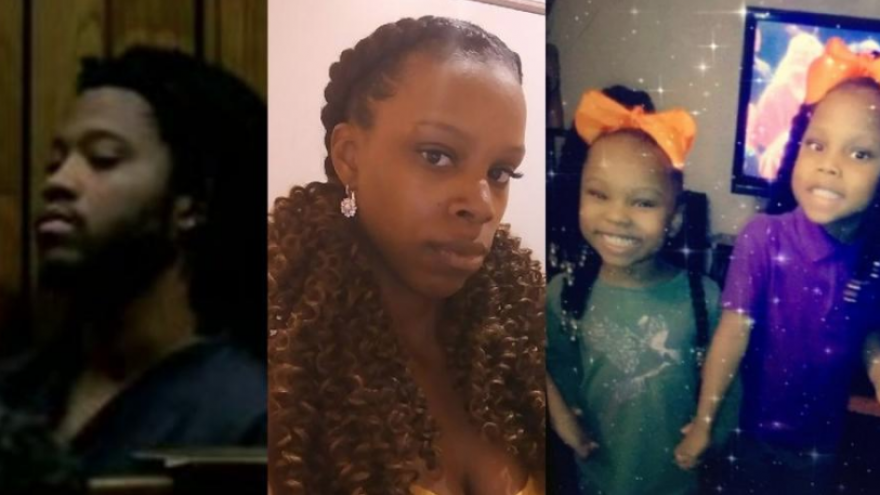 Warning: Content in this story may be considered graphic for some audiences

MILWAUKEE (CBS 58) -- A Milwaukee man is facing charges in connection to the deaths of a Milwaukee mother and her two young children.

According to a criminal complaint, 25-year-old Arzel Ivery is charged with three counts of first degree intentional homicide.

The bodies of 26-year-old Amarah Banks, 5-year-old Zaniya Ivery and 4-year-old Camaria Banks were found in a garage near 47th and Burleigh on Sunday, February 16.

Police found them after interviewing Ivery -- Zaniya's father -- who had been arrested in Tennessee on a fugitive from justice warrant.

Banks and her daughters were last seen on February 8. On February 7, a funeral was held for Banks' and Ivery's son.

Court documents state two witnesses, who live in Banks' apartment building heard shouting and thumping sounds coming from Banks' apartment. The witnesses told police they heard a woman screaming "don't kill me". One witness called 911. Another witness reported seeing Banks run out of the apartment bleeding from the mouth and watched a man drag her back inside.

Milwaukee police entered Banks' apartment twice in an attempt to locate her and her children. During the searches, a napkin was found with droplets of blood on it. Investigators also noticed a large hole in the wall that they say appeared to be consistent with a large object hitting it, such as a head.

On February 14, Ivery told authorities by phone that he got into an argument with Banks early on February 8. He said he didn't know where Banks or the children were. He said he was out of town in Memphis, Tennessee and would come back on Friday, February 21 to be interviewed by police.

On February 15, a man called the Memphis Police Department and told authorities that his son, Ivery, confessed to killing Banks and the two children. He later told Memphis detectives that Ivery said he had burned the bodies.

On February 16, Ivery told Milwaukee Police he and Banks got into a fight early on February 8 and he pushed her head into the wall. He then told police he strangled her and did the same to the two children.

Ivery told authorities he brought the bodies to a garage, went and bought gasoline and then lit the bodies on fire. He says he then left and went to Memphis where his father lives.

A GoFundMe has been set up for funeral arrangements.