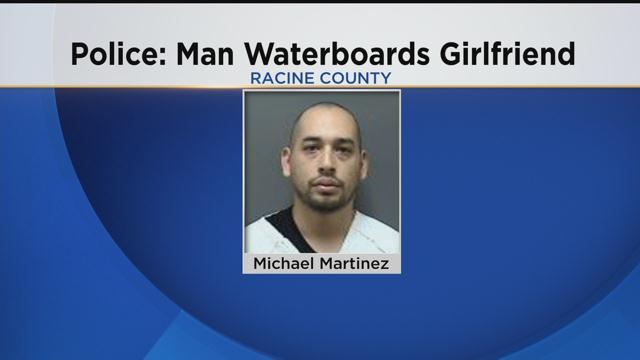 A man has been criminally charged for waterboarding and raping his girlfriend.

According to police, 29-year-old Michael Martinez said he did it because his girlfriend went out to the movies with another man last year.

Racine Police say the attack started with the water torture, and was followed by sexual attacks. The woman eventually gave in to the sexual assault in order to make the waterboarding stop.