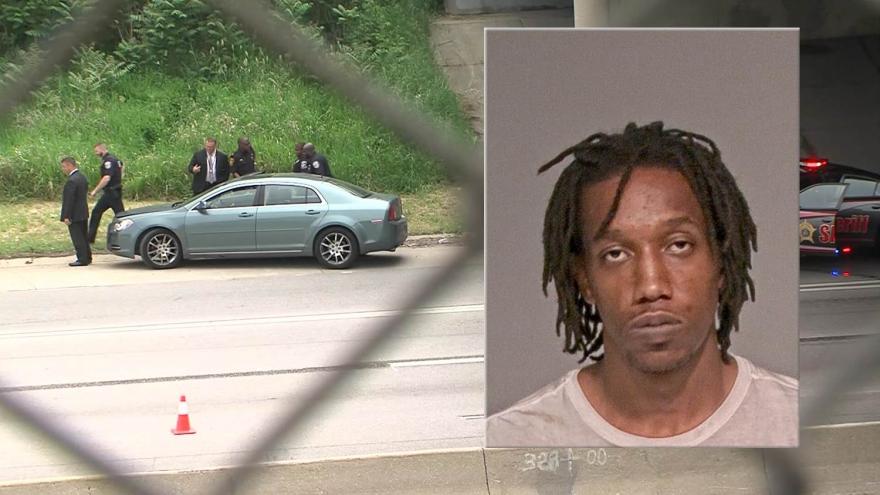 MILWAUKEE (CBS 58) – A man is charged after deputies say a gun went off in the back of a squad car while authorities were investigating a shooting that shut down I-43 on Tuesday.

Marquel Hinkle, 31, is accused of carrying a concealed weapon and endangering safety by use of a dangerous weapon.

The criminal complaint says deputies with the Milwaukee County Sheriff’s responded to a call of shots fired at a vehicle in the area of northbound I-43 near the W. Lapham Boulevard on-ramp Tuesday morning.

When deputies arrived, they found two people standing outside a blue Chevy Malibu, one of those people being Hinkle.

As detectives investigated, deputies patted Hinkle down but did not handcuff him. He was later put in the back of a squad car for questioning.  Hinkle told deputies someone inside a black SUV shot at him and that he did not know who the shooter was. He said he was not hurt, just shaken up.

As a deputy was walking toward the Chevy Malibu, the complaint says she heard a loud bang and found a bullet hole in the floor of the back seat of the squad car.

Hinkle was then arrested. According to a complaint, he told investigators that during the excitement he forgot he had a gun on him and that it went off as he was taking it out of his waistband and putting it on the floor of the squad car. He denied using the gun in the shooting incident with the SUV.