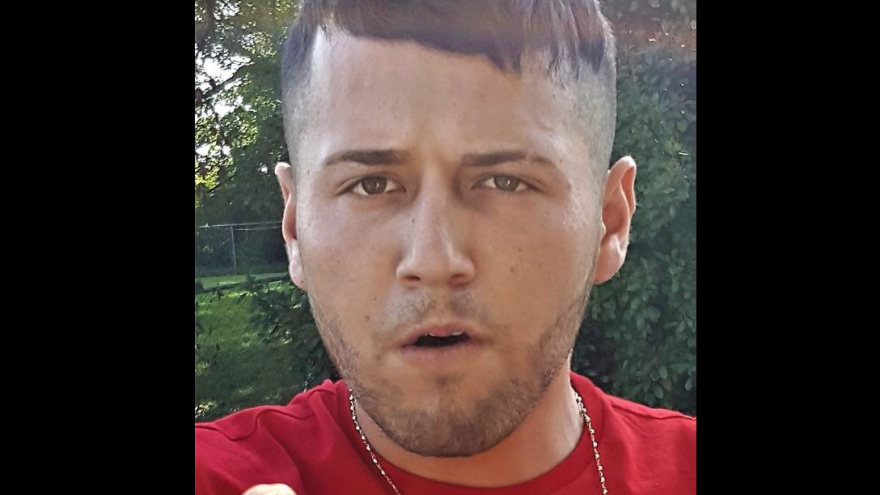 AUSTIN, Texas — (CBS AUSTIN) The Austin Police Department have release a picture of the suspect in a possible road rage shooting that left a man dead on Tuesday.

The suspect is identified as 18-year-old Juan de Dios Carbajal-Jaimes.

On Tuesday, APD responded to a shooting call at the CVS Pharmacy at 1701 E. Parmer Lane around 4:30 p.m.

That's where officers found 48-year-old Alfred A. Lockett lying on the ground outside of a teal-colored Infiniti with obvious signs of trauma to his body. Bystanders had removed Lockett from his vehicle in an attempt to save him, and Austin-Travis County EMS took over resuscitation efforts when they arrived on scene.

Despite that, Lockett died from his injuries at 4:48 p.m. He was an employee at the University of Texas at Austin, the school confirms.

According to witnesses, a red Toyota was being followed by the teal Infiniti at a high rate of speed north on Dessau Road. Witnesses told police both cars turned into the CVS parking lot and came to a stop. That's when Carbajal-Jaimes exited the vehicle and walked toward the Infiniti with Lockett still sitting inside.

Witnesses say Carbajal-Jaimes raised a handgun and fired at Lockett before walking back to his car and driving away.

According to an arrest warrant, investigators found two pictures in Lockett's cell phone taken six minutes before the first 911 call.

The metadata in the photos showed that they were taken approximately two miles from the crime scene. One picture showed damage to the bumper of the Toyota Camry, and another showed a man "raising his right hand toward the victim while pointing his index finger."

Police say surveillance video from the CVS store showed Carbajal-Jaimes fleeing the parking lot with the left rear section of the back bumper partially detached yet still connected to the vehicle.

The Toyota Camera was discovered abandoned on E. Yager Lane by EMS personnel departing the scene later on Tuesday. The car was missing the rear bumper and both license plates.

Inside the vehicle police say they found financial transfer paperwork for people in Mexico, which had Carbajal-Jaimes' brother's name on them. When investigators contacted the brother, he said he recently sold the car to Carbajal-Jaimes.

Carbajal-Jaimes is not currently in custody. He's charged with first-degree murder.

Police say a $1,000 reward is being offered for information leading to Carbajal-Jaimes' arrest.