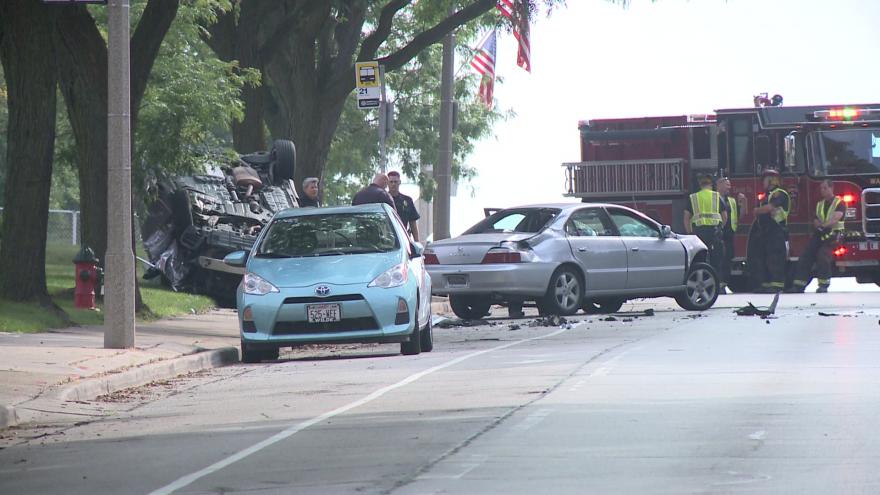 Wauwatosa police tried to pull over the 24-year-old Milwaukee man for driving recklessly around 9 a.m., but the driver sped away.

Police say he crashed into an SUV right outside Longfellow Middle School at 78th and North.

The SUV ended up on its roof on the sidewalk. The two people inside suffered minor injuries.

The fleeing driver ran off, but was arrested in the Wauwatosa Cemetery after a chase.