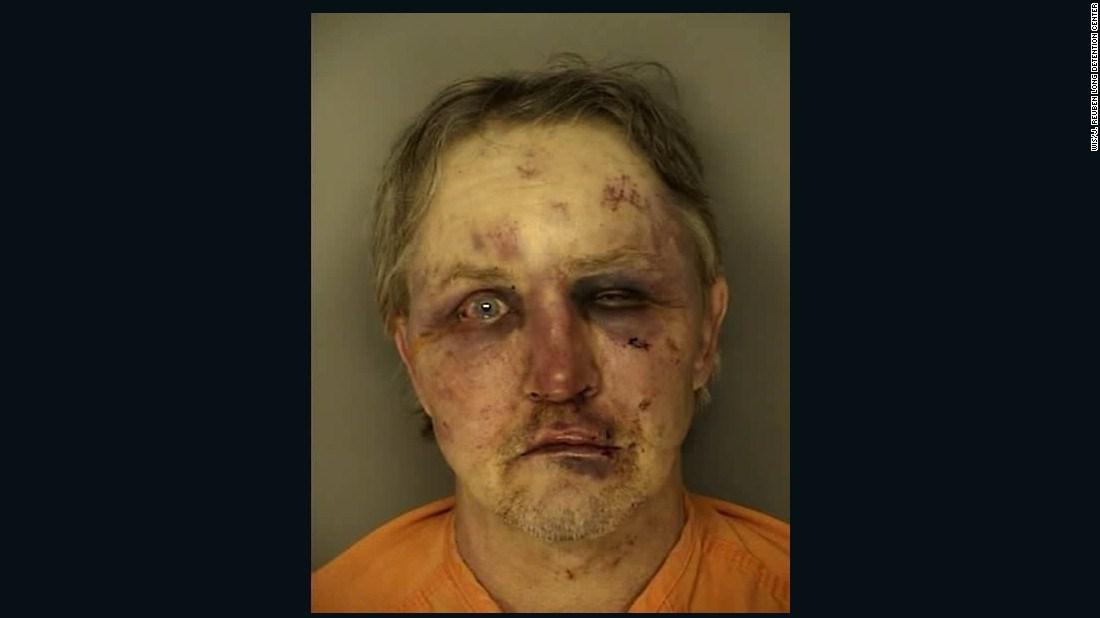 (CNN) The picture says it all: a black eye. Cuts and scrapes all over his face. A swollen lip.

Police say the mugshot was taken after William Mattson was accused of sexually assaulting a woman.

The police department in Conway, South Carolina, posted the photo on its Facebook page along with an explanation that its officers had gone to a residence about 1 a.m. Thursday after reports of a sexual assault.

They found 52-year-old Mattson in the condition seen in the photo. According to police, the injuries were inflicted \"by someone acting in defense (of) the victim.\"

Conway Police charged Mattson with first-degree criminal sexual conduct. He is being held at the J. Reuben Long Detention Center in that city, just inland from Myrtle Beach.