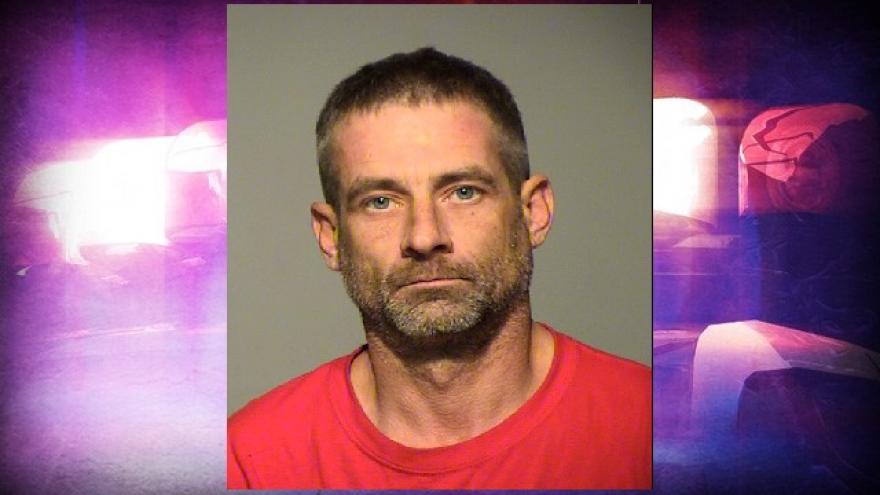 Milwaukee man Michael Birk has been charged with burglary, false imprisonment, sexual assault and armed robbery after he broke into a woman's house and assaulted her with sex toys he brought with him.

On June 1 MPD interviews the victim who said she was asleep in bed at her home on West Euclid Avenue in Milwaukee when she was woken up by someone on top of her wearing a white mask and gloves holding a gun to her head. When the victim tried to scream the suspect said, "I'm going to kill you if you fight with me." The suspect then tied her hands behind her back and her ankles together using zip ties.

The suspect, Michael Birk, then sexually assaulted the victim. At one point the victim said the suspect started drinking beer and smoking marijuana that he brought with him, before continuing to assault the victim.

The victim said the man removed his mask and she identified him as a man in his early 40s around 5'8" tall, 160 pounds with dark hair and dark eyebrows wearing a camouflage coast. The suspect told the victim he was going through a divorce and had an 8-year-old child.

Birk took the victim's credit card and demanded her PIN number. He also took her iPhone and told the victim that if she called police she would be dead because he had a surveillance camera on her house.

Police were able to use Find my iPhone which took them to a garage on South 80th Street in Milwaukee. Police found numerous sexual devices and weapons in the garage. The man living at the home told police the suspect had been staying with him since he was going through a divorce.

Police interviewed the wife of the suspect who said he had a marijuana and crack cocaine addiction and that she caught him with a bag of about 20 pairs of women's underwear and nylon masks about two years ago.

On June 2 police received information that the victim's stolen credit card was used. Police were able to locate the suspect and arrest him.