Man arrested after barricading himself inside Milwaukee home 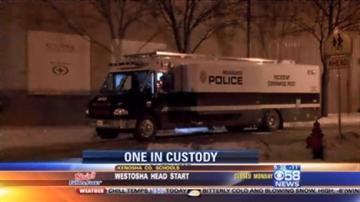 MILWAUKEE -- A 43-year-old man is in custody after an overnight standoff with Milwaukee police.

Officials said the man barricaded himself inside of a home near Auer and Pierce on Milwaukee's east side. It's unclear what prompted the situation, but an Incident Command Post RV was on scene for several hours as police worked to diffuse the situation.

The man was reportedly taken into custody before 4 a.m. and investigators are still gathering details.

Police would not say if the man had weapons or if anyone else was inside the home at the time.