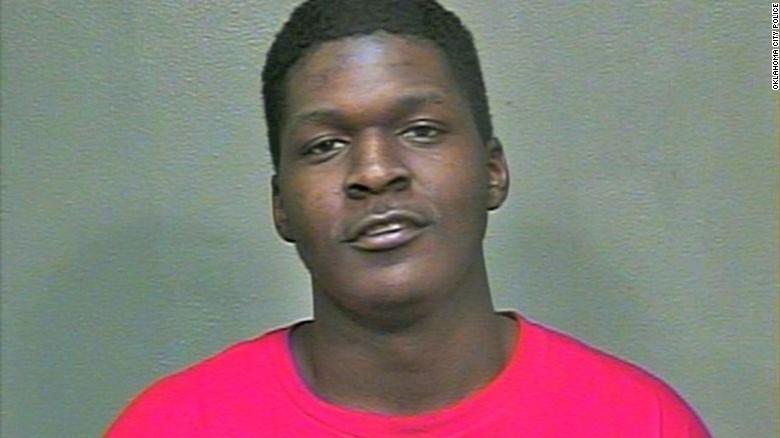 (CNN)A 20-year-old man allegedly shot and decapitated his grandparents inside an Oklahoma City home that doubled as a day care, where three small children were found huddled inside the attached garage, police said Wednesday.

In a news release, Oklahoma City police chronicled how officers had gone to a home around 2 p.m. (3 p.m. ET) the previous day for a welfare check.

Officers spotted Quinton Laster, 20, outside -- and kept him there, detained, as they ventured into the house.

There, they found the dead bodies of 59-year-old Sharon Reed and 78-year-old James Reed.

"Both victims had been shot and decapitated," said police, who later added that the Reeds were Laster's grandparents.

In a covered garage attached to the home, police discovered three small children who'd been part of the on-site day care.

Police said, "The children were unharmed, removed from the scene, and later united with their families."

Images from CNN affiliate KFOR showed police cars, an ambulance and police tape strung all around the stand-alone, single-family home.

Laster is being held on two counts of first-degree murder.