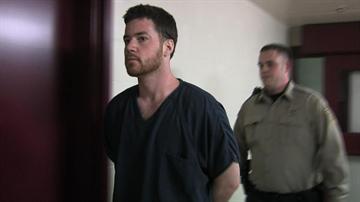 TIPPECANOE COUNTY, IN -- 23-year-old Cody Cousins has pleaded guilty to the murder of 21-year-old Andrew Boldt, a West Bend native.

Cousins is accused of entering a classroom and shooting Boldt on January 21, 2014. One witness said when Boldt was on the ground and injured, Cousins got on top of him and shot him in the face once or twice.

Cousins was found outside near the murder scene sitting on the ground with his hands behind his head. His hands and clothes had blood on them. A witness describes Cousins as being calm and sad at the time of his arrest.

CBS affiliate WLFI reports Cousins' sentencing has been scheduled for September 19, 2014. Once found guilty by a judge, Cousins will face a maximum prison sentence of 65 years.

In court Cousins admitted to targeting Boldt and shooting and stabbing him.

He is not required to provide a motive and did not offer one.

His defense attorney said he will argue guilty but mentally ill during sentencing.

Through their pastor, Father Nathan Reesman of Saint Frances Cabrini,  the family of the victim issued a statement.

“This is more difficult news for the family and doesn’t leave them with many answers. The family is grateful for the support and prayers from the community and continues to ask for privacy during this difficult time.”