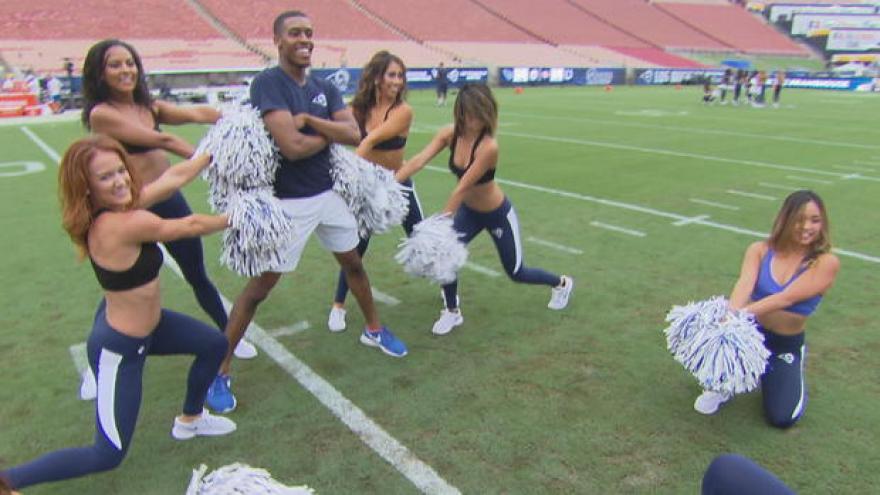 For the first time in NFL history, male dancers will be cheering on the sidelines. Of the 32 teams in the NFL, only two are featuring male dancers next to females: the Los Angeles Rams and the New Orleans Saints.

The Rams said that tryouts have always been open to everyone but Napoleon Jinnies and Quinton Peron, both classically trained dancers, were the only men who ever showed up, reports CBS News' Jamie Yuccas.The move toward gender inclusion comes after a season of lawsuits and complaints filed on behalf of NFL cheerleaders.

Six former Houston Texans cheerleaders claimed they endured brutal working conditions. A former Miami Dolphins cheerleader claimed she was discriminated against based on her religion. Others are fighting double standards related to their weight and wardrobe. 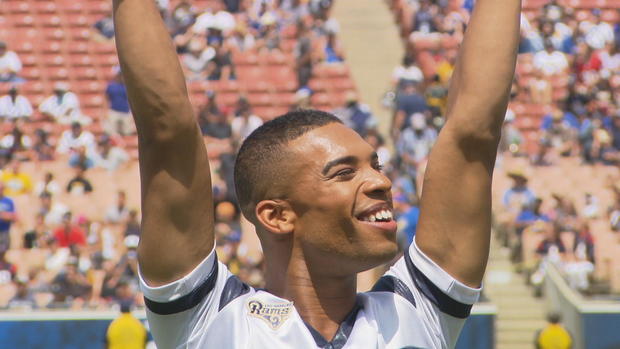 Sportswriter Nancy Armour believes the time has come for teams to prove how much they value their cheerleaders.

"NFL teams have long said, 'Oh, these are important members of our community.' But the outfits and the roles that they play on Sundays haven't always reflected that. What better way to say 'No, we're not trying to objectify our cheerleaders' than by having men and women do it," Armour said.

A quick scroll through Twitter shows that not everyone is thrilled about the idea of male cheerleaders. But the criticism doesn't bother Jinnies or Peron.

"I don't take it, I don't have to," Jinnies said. "Being an artist, you have to have tough skin. If someone says anything negative, it's nothing new. You just brush it off."

"There's nothing you can tell me that is going to hurt, because I have the support from my friends, family and my team. That's all I need," Peron said.

The guys are downplaying their groundbreaking role, but Peron, who teaches dance, is proud to be making room on the sidelines for a new generation of cheerleaders.

"For me to be able to inspire my kids and say that honestly you can really do anything because if I can do this, the world is yours. Take it! Take a risk," Peron said.

And that's something to root for.