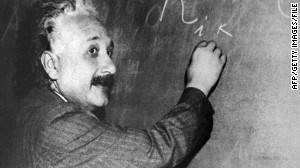 (CNN) It could be an announcement of the utmost gravity.

On Thursday, scientists are expected to declare they have detected gravitational waves. Not only will such a discovery support a prediction that's essential to Albert Einstein's general theory of relativity, but it will also add to our understanding of the universe, said Szabolcs Marka, a physics professor at Columbia University.

"The discovery of gravitational waves is, I think, the most important breakthrough in modern science," said Marka, leader of the Columbia Experimental Gravity Group, a member of LIGO, the Advanced Laser Interferometer Gravitational-Wave Observatory.

LIGO is the organization that is expected to announce the discovery Thursday.

"Gravitational waves, when we discover them, will open a new window on the universe," Marka told CNN's Rachel Crane. "We will be able to study not just Einstein's general relativity -- we'll be able to find objects we only imagined would exist. We should see a universe that has never been observed before."

LIGO is described in a statement as "two identical detectors carefully constructed to detect incredibly tiny vibrations from passing gravitational waves," one located in Louisiana, the other in Washington State. The project was created by scientists from Caltech and MIT and funded by the National Science Foundation.

Marka said to think of it as a "cosmic microphone," an incredibly precise listening device that can detect distortions in space-time, the fabric of the universe. It's so precise it can detect changes the size of a soccer ball in the entire Milky Way galaxy.

The discovery of gravitational waves will be like opening another of our senses, said Marka.

"We could see the universe, but with Advanced LIGO we will also hear it," he said. "And when we hear the universe, we will learn about the secret life of black holes - their birth, their death, their marriage, their feeding. We will hear when a black hole eats a neutron star. Nobody has 'seen' that before. We will not only understand it, we will 'see' it. It's the most fascinating thing I can imagine."

Ironically, Einstein -- who suggested some of these concepts -- didn't think gravitational waves would be discovered.

"He thought gravitational waves are a beautiful construct, but they are so small nobody would ever be able to actually measure it," said Marka. In fact, Marka was discouraged by many of his colleagues from joining the LIGO project, believing it was a fruitless quest.

Marka is circumspect about Thursday's announcement, but indicators are that he and his colleagues have indeed discovered something huge.

Science magazine interviewed Clifford Burgess, a theoretical physicist at McMaster University in Hamilton, Ontario. Burgess sent an email to colleagues talking about the LIGO rumor and noting that "spies who have seen the paper say (researchers) have seen gravitational waves from a binary black hole merger." The email made its way to Twitter, where it has sparked more discussion.

Burgess told Science that such a discovery would be "off-the-scale huge."

"If this is true, then you have 90% odds that it will win the Nobel Prize in Physics this year," Burgess said.

For his part, Marka -- who's been working on the project for more than a decade -- said a discovery will open up new horizons, including direct tests of Einstein's general theory. Those could further support it -- or force physicists to come up with new ideas.

"A physicist is always looking for a flaw in a theory. And the only way to find a flaw is to test it," Marka told CNN. "Einstein's theory did not present any flaws to us yet, and that is really scary. Physicists are very (skeptical) of flawless theories because then we have nothing to do."