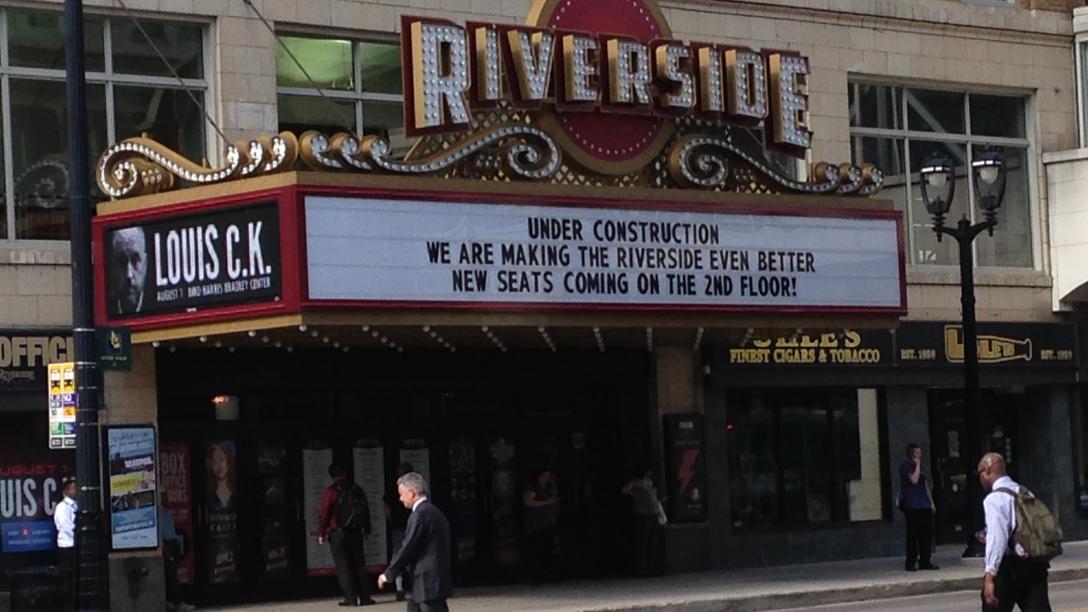 The Riverside Theater is undergoing renovations for the next six weeks, which means they won't have shows during that time.

Andy Nelson, Public Relations Director with the Pabst Theater Foundation, said they plan to replace the 1,100 balcony seats, remodel the bathrooms, do some painting, replace the 1927 year old elevator and work on the artist’s spaces. The carpet will also be replaced.

"Hundreds of thousands of people have walked over it over the years, a lot of beer spilt on it, a lot of love on that," said Nelson.

The iconic theatre in downtown Milwaukee built in 1927.

"We want everything to be true to its historic nature, at the same time again, this isn't just a museum, this is a place that's being used,” Nelson said. “We have to make sure that these seats work, that they are comfortable to sit in, and that you can enjoy a show.”

Joe Friberg, owner of Joe’s Painting, has been working with the theater for years.  He was putting a fresh coat of paint.

"I've always enjoyed coming here for shows and now it's kind of a thrill to work on the place and try to keep it up because it is such a pretty place," Friberg said.

Friberg isn't the only one putting a stamp on this renovation project. When people buy a ticket, they pay a historic preservation fee.

"Literally if you've been to a show within the last decade, you have a part in this renovation in the riverside right now, so there's really great beauty in that," Nelson said.

Nelson said they plan to save a limited number of the seat to be auctioned off. The money will be given to charity.

About six months ago, Milwaukee's historic Riverside Theater got a couple of brand new marquee signs on the outside of the building.