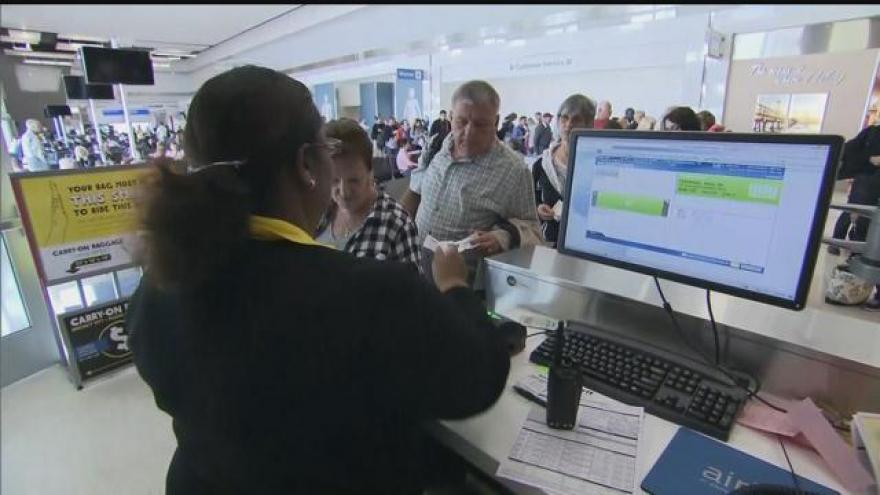 Some major airlines have begun rolling out "Basic Economy" tickets.

The "Basic Economy" fares will save flyers money, but will come at a cost.

Passengers will be last on board the plane, will not be able to choose their own seat, and if a carry-on does not fit under the passenger’s seat, they will have to pay extra.

These restrictive bargain tickets come as ultra-low fare carriers like Spirit are increasingly competing for customers.

When CBS News checked round-trip nonstop flights from Chicago to Los Angeles leaving the first week of March, Spirit's "bare fare" was about $22 below that of United and around $100 lower than American's best price.

United and American believe their “no overhead bin” Basic Economy ticket will be more competitive. By 2020, United expects to score an additional billion annually by attracting fare focused flyers.

Senator Chuck Schumer is calling for legislation to keep the overhead free.

"They charge you when you store luggage, they shouldn't charge you for the overhead bins, plain and simple," says Senator Schumer.

Sean Kennedy represents the airlines and says these bin-less fares give flyers a new way to save.

“Is that going one step too far? An airline is offering a cheaper product for customers that want to fly that are budget conscience that want to find the lowest way to get from point a to point b. I'm not sure why there be controversy about that,” says Kennedy.

Basic economy means a select number of seats will be offered for the lower price. Once on board, it'll be the same experience as the rest of coach just no overhead bin with no chances of an upgrade.