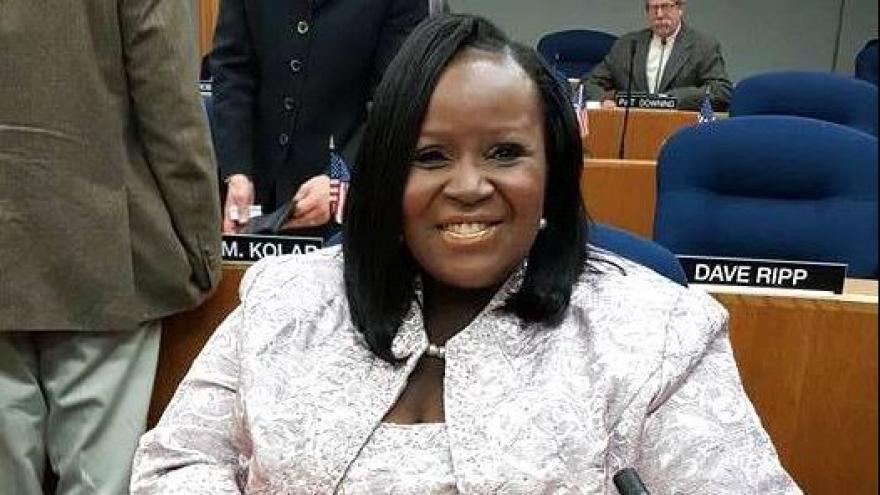 MADISON, Wis. (AP) — A black legislative candidate says she feels humiliated after police in Wisconsin stopped her and questioned her while she was campaigning door-to-door.

The Capital Times reported Wednesday that a man called police in August to report a group of black people were sitting in a silver car in his Madison neighborhood. He said he believed they were waiting for drugs.

The people in the car were Dane County Supervisor Sheila Stubbs' 71-year-old mother and 8-year-old daughter. They were waiting for Stubbs as she knocked on doors to discuss her candidacy for the Legislature. Stubbs went on to win the Democratic primary and is unopposed in November. She'll be the first black woman to represent Dane County in the Legislature.

Stubbs, 46, told the newspaper that she saw a squad car pull up next to her family's vehicle. She explained to police what she was doing, then tried to explain to her daughter what had happened.

Stubbs said she had been in what she says is a predominantly white neighborhood for less than 20 minutes and had knocked on five or six doors.

The report indicates the encounter ended amiably, with Stubbs and her mother handing the officer, Katherine Bland, their cell numbers and offering to help Bland improve race relations.

Still, Stubbs said she had to work hard to prove she was who she said she was. She showed the officer her name tag, her campaign literature and a list of addresses she wanted to approach.

"It was just so degrading," Stubbs said. "It was humiliating. It was insulting. I belong where I choose to go. You don't have to like me. You don't even have to respect me. But I have a right to be places."