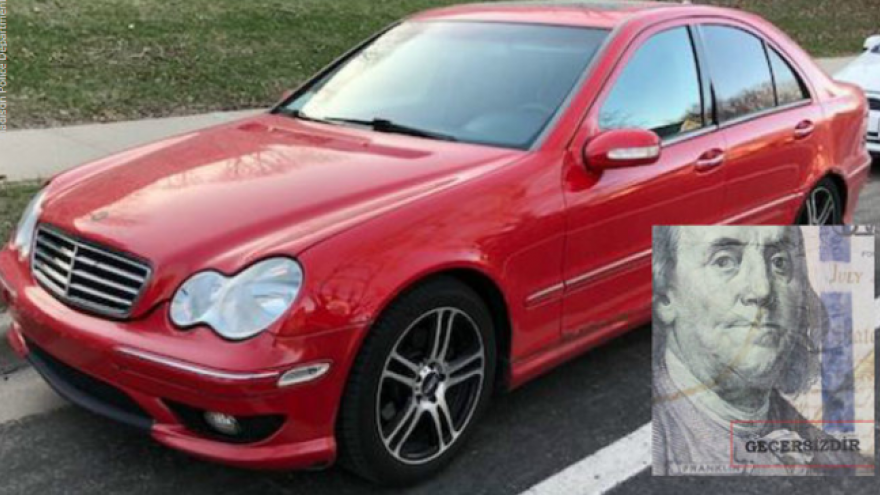 The 27-year-old put his red 2002 Mercedes-Benz car up for sale on Facebook Marketplace, according to a release. A prospective buyer messaged him, and they met on O’Brien Court Sunday night so the potential buyer could take the car for a test ride.

Police said the buyer gave the seller $2,300 in $100 bills, the title was signed over and the seller took an Uber home.

The seller didn’t realize the money was fake until he took it to buy a motorcycle and they noticed the each bill had “GECERSIZDIR,” the Turkish word for invalid, stamped on the front and back, according to the release.

The Mercedes has been listed as stolen, and Madison police are looking for the man who passed the fake money. He is described as black, 5 feet 11 inches to 6 feet tall, 20-25 years old with a muscular build and a dark complexion. He had short and thin dreadlocks, tattoos and a deep voice.