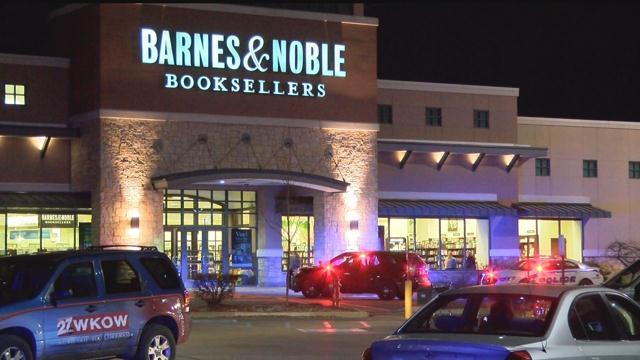 A Madison mall re-opens Saturday night after a shooting forced a lockdown in the late afternoon.

One person - a 19-year-old - was shot in the leg. The suspect is still on the loose, Ofc. David Dexheimer of the Madison Police Department said.

The shooting happened just before 3 p.m. and started with a brief fight at the center of the East Towne Mall. Someone pulled a gun causing mayhem in the crowed area, police said.

After the shooting squad cars blocked every entrance to the building. Witnesses reported hearing anything between one and sixteen shots near mall center.

Evan Flood called CBS 58 News to tell us what he saw. He was nearby when the shooting happened.

"You know, it was three, four, five seconds into the fight, until that gun went off - then things dissipated pretty quickly. Everyone involved in the fight ran out of there. A lot of screaming," Flood said.

"When we got back into the back room there were a couple children with me who were understandably upset. Parents were trying to calm them down. They were crying probably for ten to fifteen minutes," Flood said.

The 19-year-old hit by the bullet has been taken to a local hospital, Ofc. Dexheimer said.

"It's not believe to be a life-threatening injury. That person was one of the people involved in the fight. It was not a bystander," Ofc. Dexheimer said.

"There was a merchant working one of the kiosks in the center mall that was hit with a fragment or a piece of shrapnel. He was hit near his knee but it didn't penetrate his pants," Ofc. Dexheimer said.

Several people involve in the fight have been taken into custody by police but the suspect has not yet been identified, Ofc. Dexheimer said.

Mall staff is telling customers who dropped items during the commotion that they will be able to pick those things up at the management office.

"Yeah, you know, it's just sad that this violence ends up leading to a lot of people being scared about being out in public. Which I don't think should lead to that but I think the unfortunate part is that people start to fear things like that," Josh Lentscher, who had come to visit the mall, said.

"The shoppers out here obviously were in the middle of it and thinking the worst and feeling the worst," Ofc. Dexheimer said.

"As responding officers, I know our first thought was that it could have been much worse than it was," Ofc. Dexheimer said.

According to the mall's code of conduct, carrying or displaying weapons of any kind at the mall is against the rules unless you are a certified law enforcement officer performing your duties.