Lynx stolen from Animal Gardens have been returned 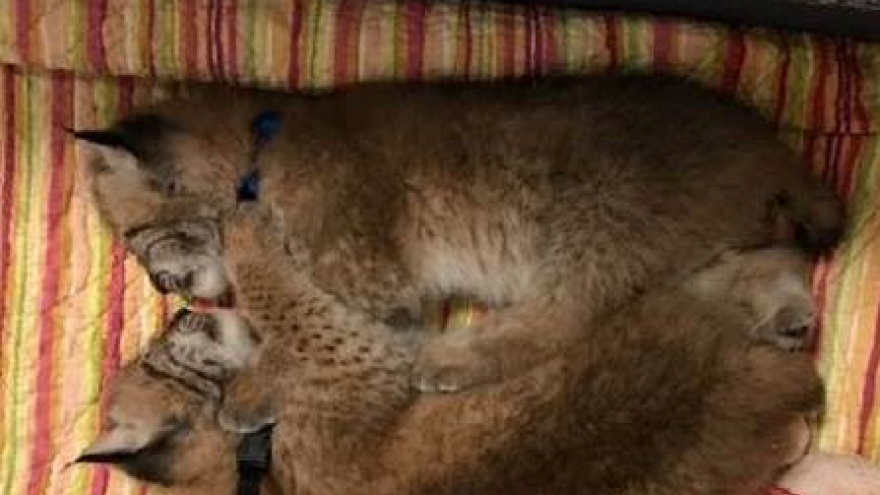 The two lynxes are approximately 7 weeks old and appear to have gone missing on the evening of July 3rd or early morning of July 4th, 2017.

At about 7:15 P.M. on Wednesday the Town of Delavan Police Department received a call that both of the missing lynxes had been returned to the Animal Gardens.

Officers responded to the Animal Gardens and discovered that both lynxes had indeed been returned.

The animals were hungry, but otherwise in good health.

The Town of Delavan Police Department is still investigating this incident and does have suspects, but no one is in custody.  The Police have released surveillance video recorded the night of the animal's disappearance.   It the video a black 2004-2005 Dodge Ram 1500 Rumbel Bee edition with yellow hood scoop can be seen.  According to the release, less than 3,000 black versions of this model truck were made,

Police would like to thank all of the concerned citizens for the information relayed to the department in this incident.