LuLaRoe accused of being a pyramid scheme 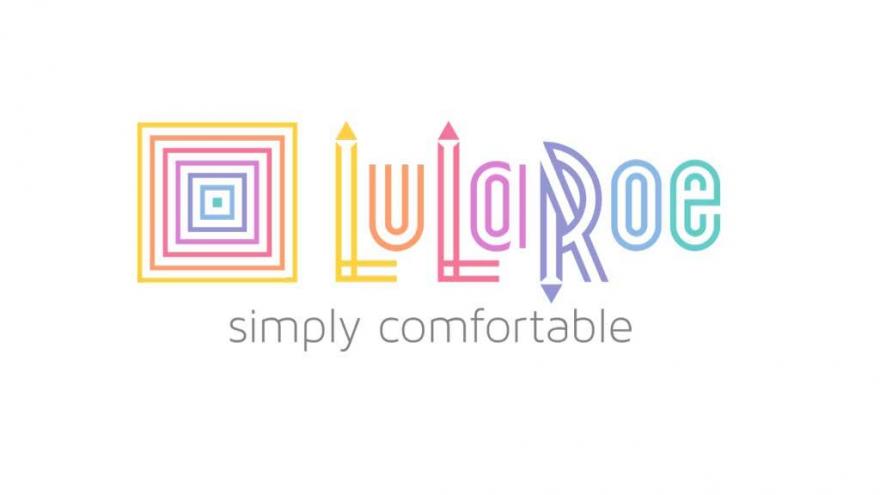 LuLaRoe, the multilevel marketer that has come under fire for its business practices and the quality of its colorful womens' leggings, now faces a federal lawsuit in California. The company is accused of being an illegal pyramid scheme and of violating a federal racketeering law that has been used to target members of organized crime.

The suit was filed Oct. 23 by California residents Aki Berry, Tiffany Scheffer and Cheryl Hayton on behalf of all LuLaRoe consultants (people who sell its products) since 2013. It alleges violations of California state law along with the Racketeering Influenced and Corrupt Organizations Act (RICO). Among the allegations are that LuLaRoe duped people into becoming nonemployee distributors by falsely claiming that they could earn full-time pay for part-time work.

"Once consultants signed up, they were pressured to invest and reinvest by purchasing Defendants' clothing products -- regardless of whether they were able to sell their inventory," the 27-page case says. "Plaintiffs were inundated with the slogan 'buy more sell more' and were told they would recoup their investments through retail sales and recruitment."

In less than a decade, LuLaRoe has morphed from an idea at the kitchen table of founder DeAnne Stidham to a national fashion brand, best known for its women's leggings, with a sales force of more than 80,000. The firm, which is headed by DeAnne Stidham's husband, Mark, claims that its distributors -- also known as Independent Fashion Consultants --have generated more than $2 billion in retail sales since January, more than double from the same period a year earlier.

"Our success has made us the target of orchestrated competitive attacks and predatory litigation," according to a LuLaRoe statement. "We take all litigation – regardless of its lack of merit – seriously. We have not been served with the recent complaints, but from what we have seen in media reports, the allegations are baseless, factually inaccurate and misinformed.  We will vigorously defend against them and are confident we will prevail.

As a multilevel marketer (MLM) like Herbalife (HLF) and Mary Kay Cosmetics, LuLaRoe's sales force can earn profits both by selling products to customers and by recruiting new consultants to their teams. MLMs are not necessarily pyramid schemes. The suit is making its pyramid scheme allegations under California state law. No federal definition of the term exists.

"Our firm is in contact with over 150 witnesses who appear ready to support the allegations of the complaint," attorney Joshua H. Watson of Sacramento-based Arnold Law Firm wrote in an email to CBS MoneyWatch. "We are confident moving forward."

Some LuLaRoe representatives have long alleged they're mistreated by the company. For one thing, before joining they're required to make an initial purchase of about $5,000 -- considered high for the MLM industry. They're also forced to take whatever garments LuLaRoe provides them and face stiff competition as LuLaRoe focuses on expanding its sales force at the expense of retail sales, according to the suit.

"Consultants are instructed to keep around $20,000 worth of inventory on hand," the lawsuit says. "These incentives mean new consultants (at the bottom of the pyramid and in oversaturated markets) are aggressively pressured to continue purchasing wholesale inventory even when the inventory they have is not selling, is unlikely to sell, or is piling up in their garage."

LuLaRoe is facing a separate legal action filed Oct. 13 in a federal court over its decision to make it more difficult for sellers who want to quit to get a refund for their unsold merchandise. In April, the company promised to take back unsold inventory from distributors, who had been bombarded with complaints about product quality, and would refund them 100 percent plus shipping costs.

LuLaRoe changed its policy in September and now refunds 90 percent and no longer provides free shipping because the company said some consultants were taking advantage of its generosity.

"Defendants advised consultants to use the 100 percent buyback and free shipping policy to recruit more consultants for LuLaRoe," the lawsuit says. "The no-risk sales approach was used to encourage prospective Consultants to sign up and order as much inventory as possible."

Earning a living with LuLaRoe isn't easy. The company's latest income disclosure statement from 2016 shows that about 75 percent of all representatives earned no bonus. For those that did earn a payout, the average amount was $525.94.  According to LuLaRoe, its Leadership Bonus Plan only rewards retail sales to consumers. The company has "put hundreds of millions of dollars in the pockets of Independent Fashion Retailers across America who are building their own small businesses," according to a statement.

According to blogger Christina Hinks, a former LuLaRoe consultant turned company critic, sales leaders called "mentors" are starting to unload merchandise to members of their teams known as "downlines" at a discount. That could indicate that they had previously purchased inventory in order to qualify for bonuses that are based on orders, according to Hinks.

"They are starting to liquidate because the demand isn't there," she said. "Even looking at Google trends, LuLaRoe has begun to drop in interest. The end is coming, and they all know it."

LulaRoe seems particularly sensitive to criticism. The company filed suit against Hinks in Illinois state court in September, demanding that she identify her sources for critical blog posts about the company that she published on her site Mommygyver. LuLaRoe argues in court documents that Hinks isn't a "journalist" and doesn't deserve the protections afforded to members of the press. She has vowed to fight the company.

LuLaRoe said the legal action was necessary "to protect the interests of LuLaRoe and the more than 80,000 independent fashion retailers who sell LuLaRoe pieces to consumers, and to secure their confidential and trade secret information."

Other suits are pending against LuLaRoe for allegedly selling defective merchandise and for collecting sales tax in states that don't charge it on clothing sales.