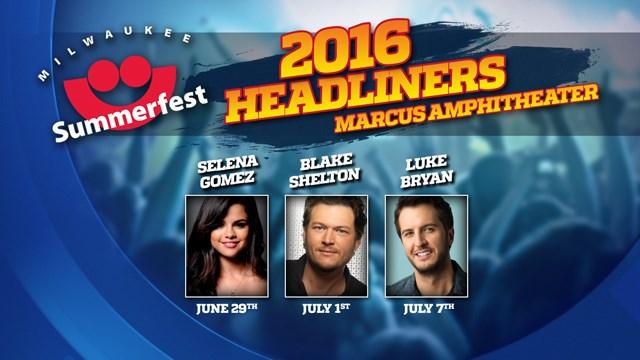 On Thursday morning at 5:00 AM Summerfest announced that Luke Bryan will headline the Big Gig in 2016.

Summerfest runs from June 29 to July 3, takes a break for the Fourth of July and resumes July 5 to July 10.