Lost Dog Is Found In Ontario, Thousands Of Miles From Home 2 Years Later 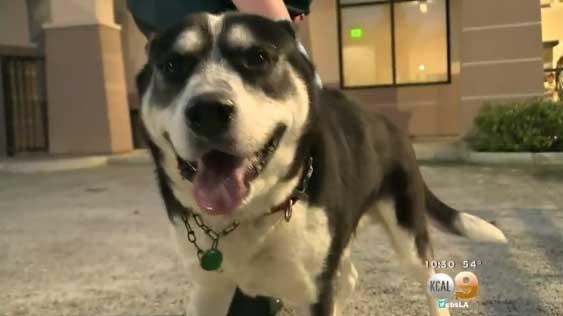 POMONA (CBSLA.com) — Missing for two years, a dog named Liam has been found nearly 2,000 miles from his home in Arkansas.

The 4-year-old Husky mix was found a week ago roaming the streets of Ontario by a Good Samaritan who ended up calling the Inland Valley Humane Society.

When an animal control officer picked Liam up, he checked to see if the dog was microchipped and discovered that Liam was from Arkansas.

“Fortunately for the dog owner, they have the same address

, the same phone number,” said James Edward of the Inland Valley Humane Society. “He was completely shocked and beside himself at the fact that his dog two years later was out here in California.”

Billy Payne told CBS2’s Rachel Kim over the phone that Liam had wandered off their property two years ago.

He explains that they had spent months searching and his daughters were heartbroken.

The family has no idea how Liam got out here or how long he’s been here but they can’t wait to be reunited. Payne provided CBS2 with video of him telling his daughters the good news

. As one daughter stands speechless in complete shock, the other jumps up and down with joy screaming, “Yes! I knew it!”

to bring Liam home and are asking for donations to help fly him back to Arkansas.