Looking back at May 10, 1990 snowstorm after messy Mother's Day

NOW: Looking back at May 10, 1990 snowstorm after messy Mother’s Day

Although both days this weekend were below-average it was a 50/50 weekend in many respects. Saturday morning started off with a widespread freeze and even a hard freeze for some inland spots where the temp dropped down into the middle 20s. 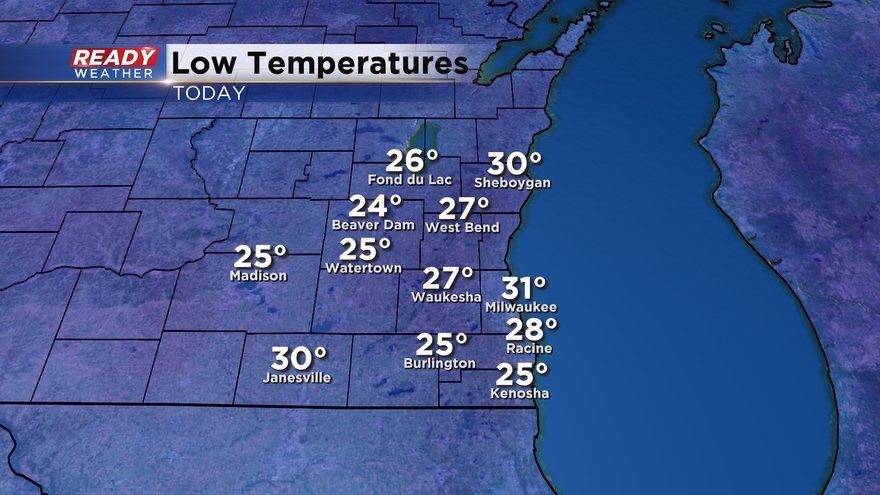 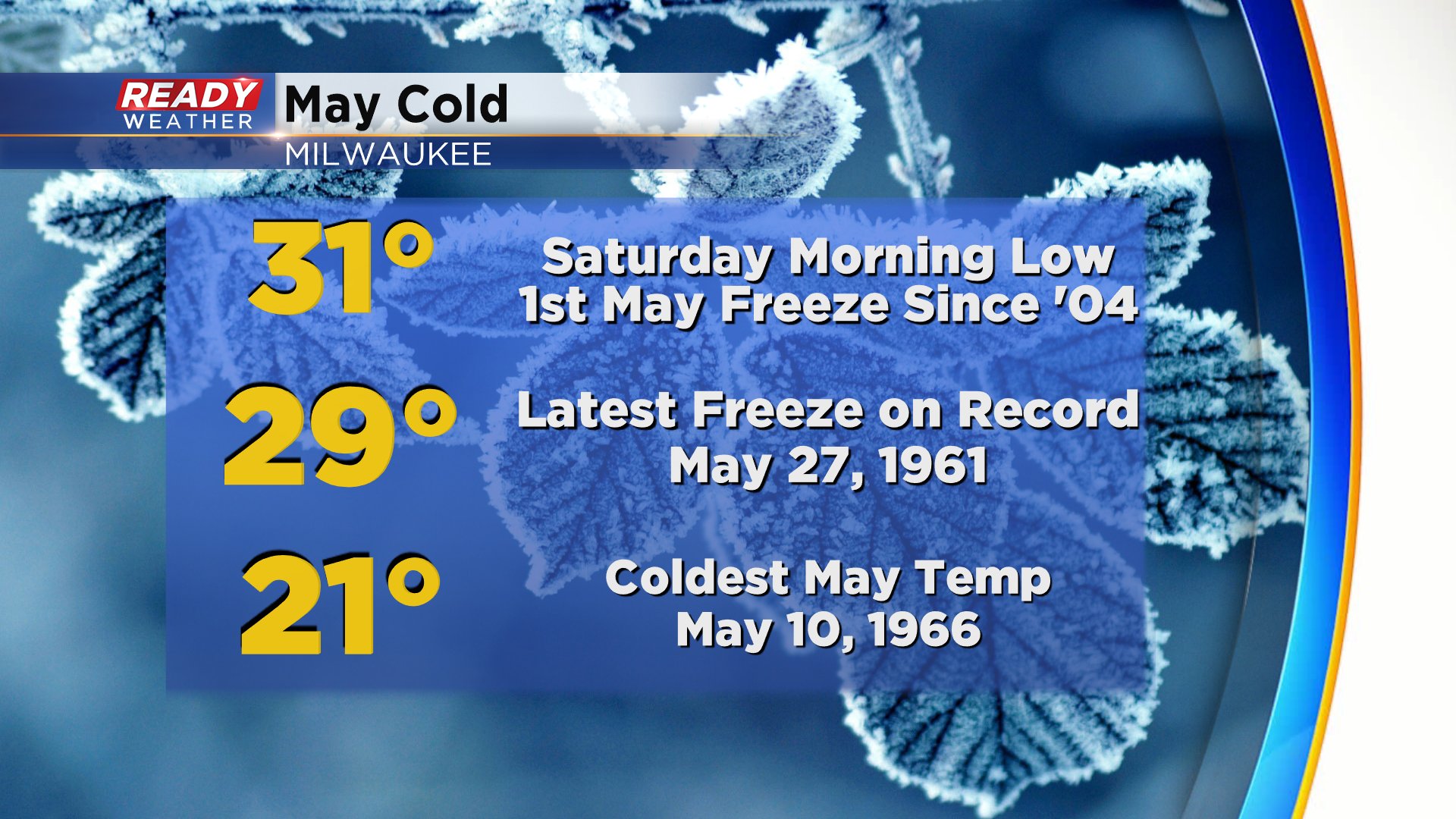 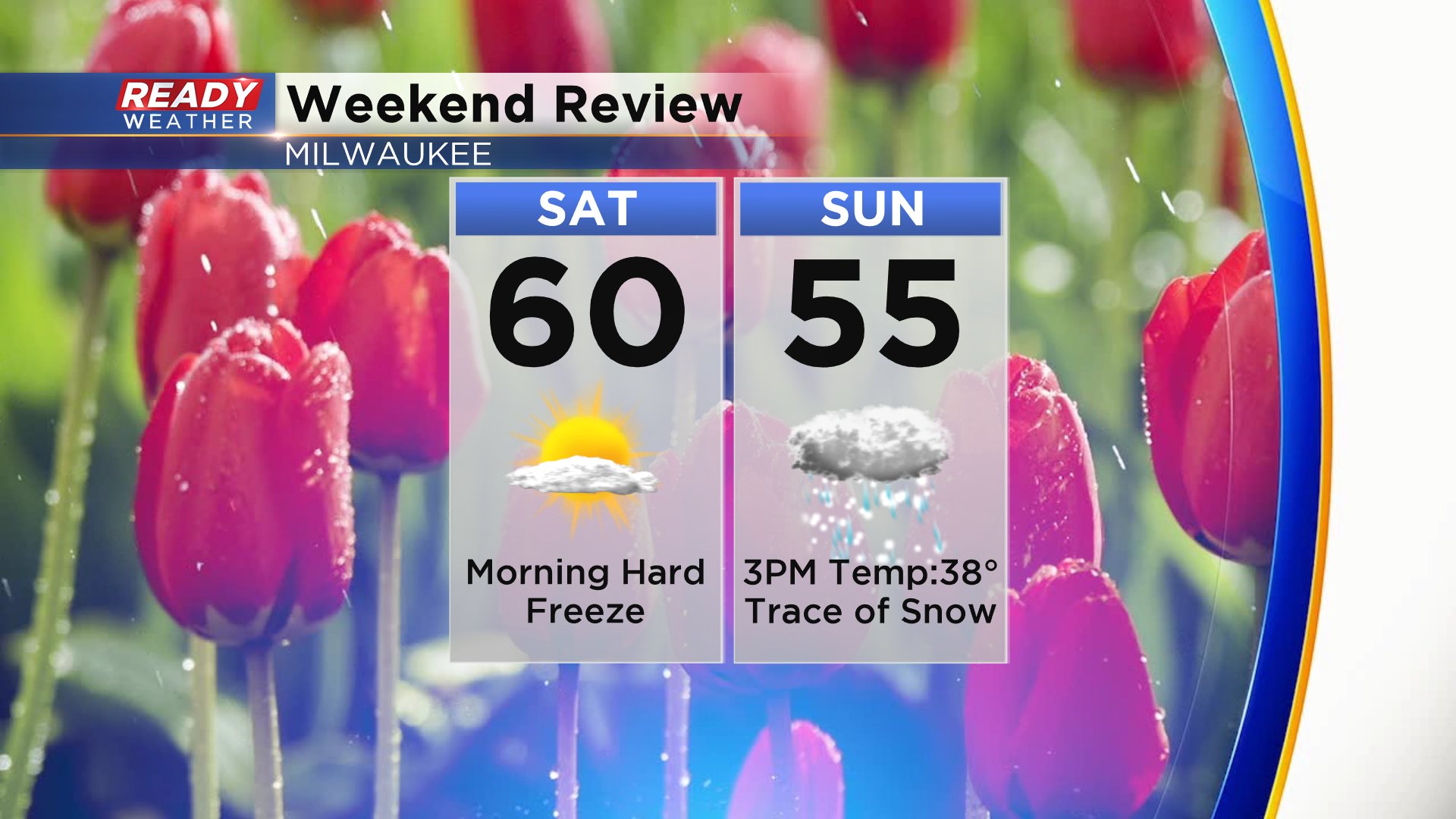 Here's a crazy stat. When you look at holidays over the past 8 months since Halloween, the warmest is actually Christmas Day! We saw a high of 57* that day which beats out the 55* we got Mother's Day. Here's hoping Memorial Day is warmer! 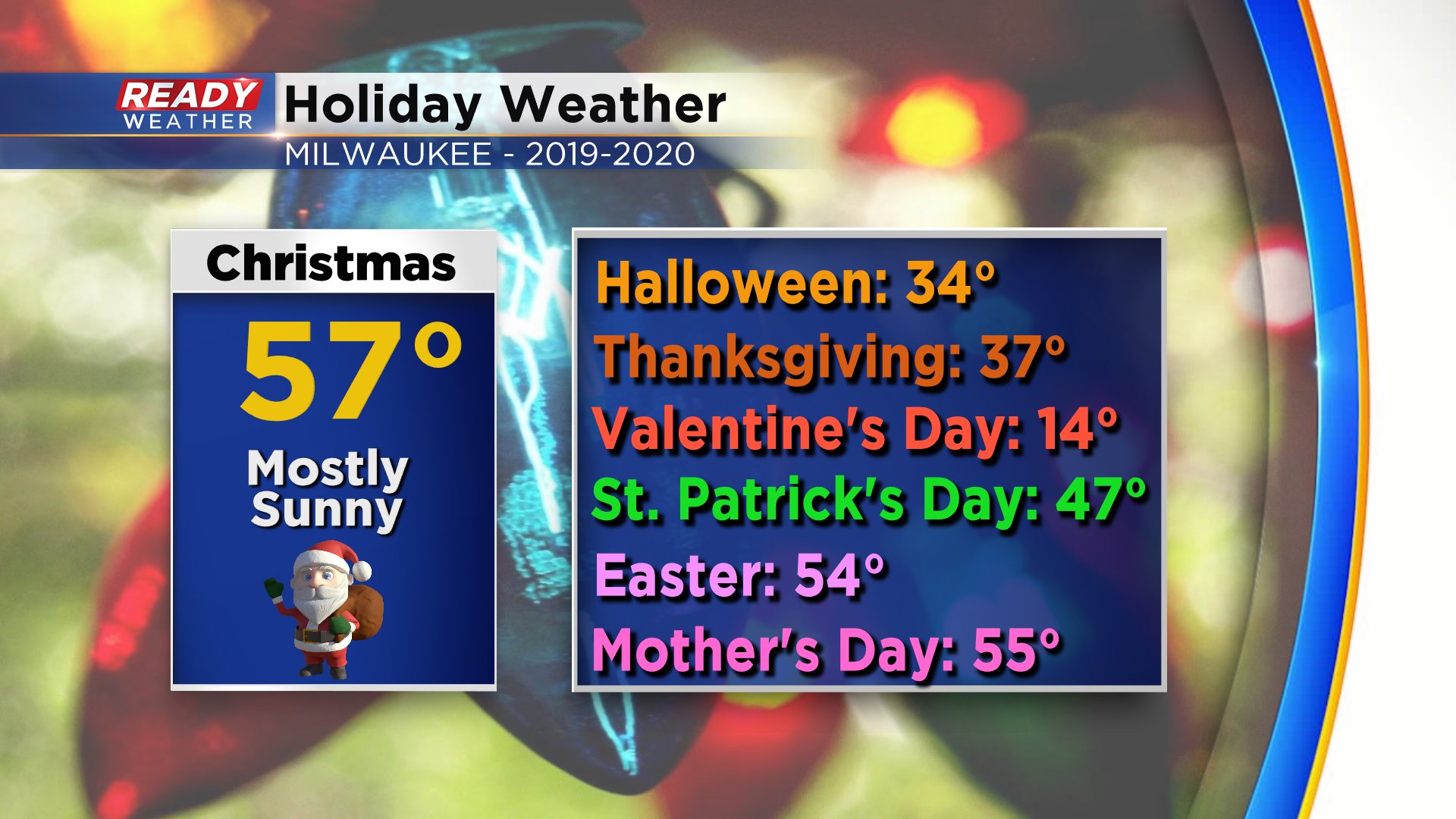 No one likes to see snow in May, but it didn't come close to May 10th of 30 years ago. That's a day that will live in the history books. Milwaukee picked up 3.2" of snow in the latest snowstorm on record to hit the southeast part of the state. 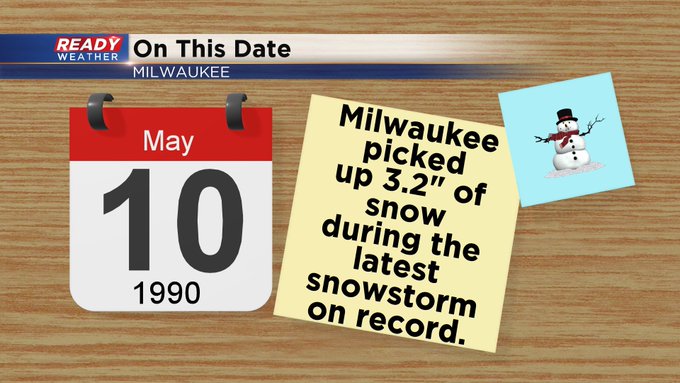 3.2" is a good snow in May but some inland communities saw as much as 8". That snowstorm was responsible for millions of dollars in damage. Trees had already bloomed and the weight of the snow caused downed trees and power lines across the state. 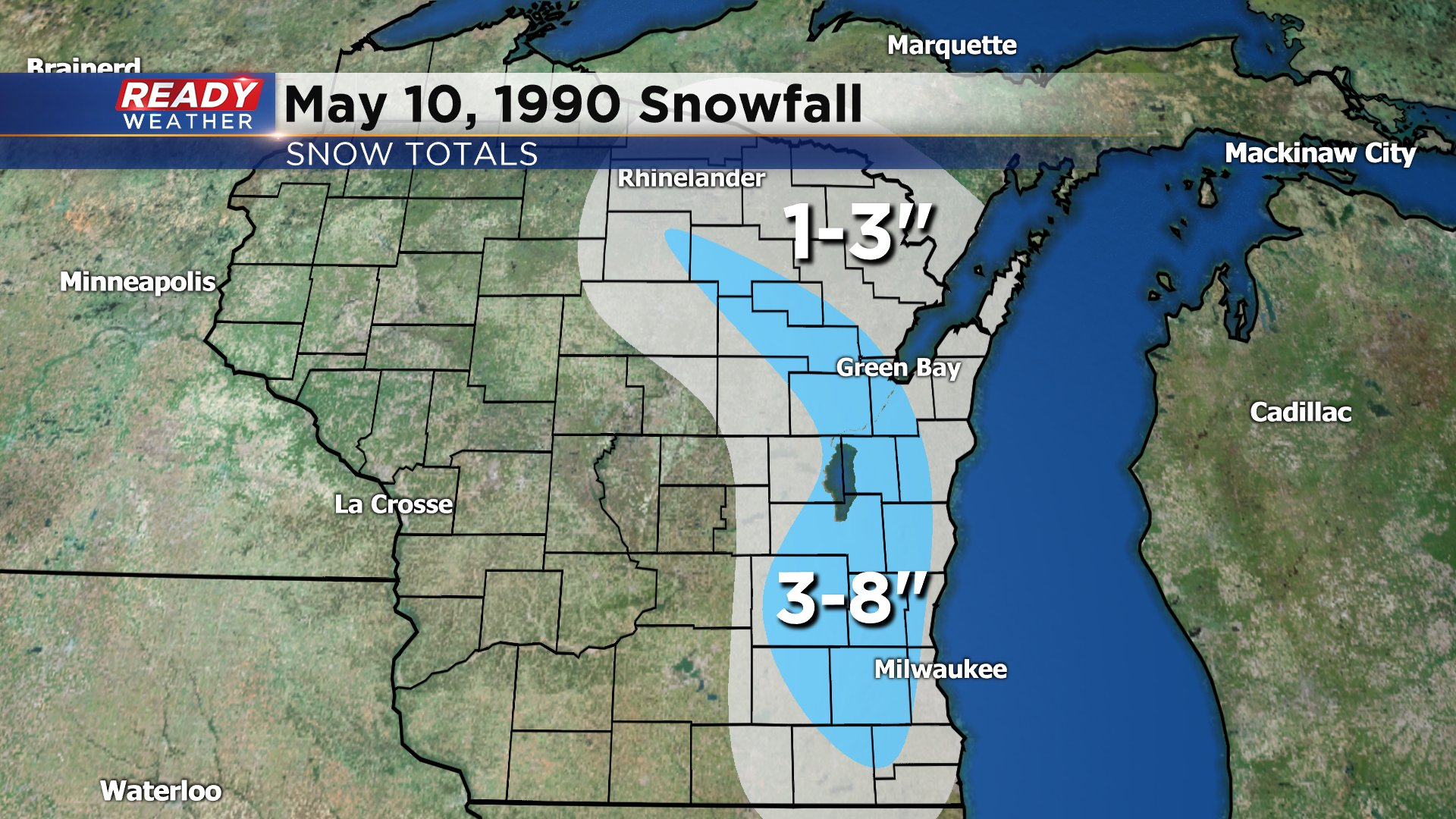 Although lakeside areas should stay away from freezing temps the next few nights some inland spots could get to 32* or below and frost is expected. Another frost advisory will likely be issued for Tuesday morning. Inland patchy frost is also possible Wednesday morning before warmer temperatures begin to return. 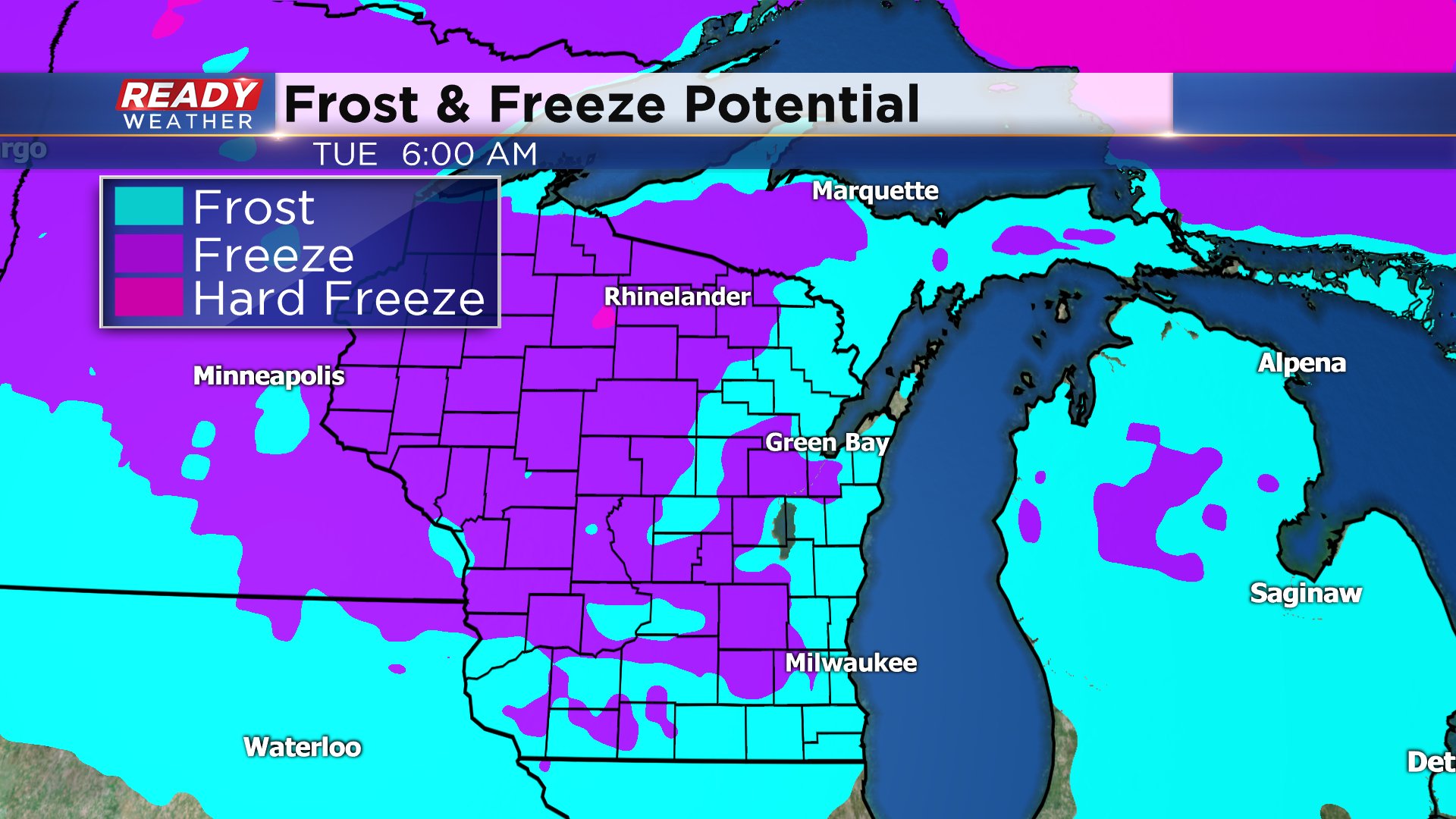 Download the CBS 58 Ready Weather app to see what the low temperature will be where you live.