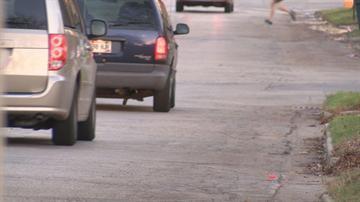 WAUWATOSA -- You probably don't think twice about pulling into and out of your driveway every day, it's something you just do.  But many people along Milwaukee Avenue could lose that easy access for more than a month.

\"The real stuff's coming next summer, so yeah, they got our attention,\" long-time Wauwatosa resident Dale Hofmann said.

Hofmann worries about upcoming plans the city has for his neighborhood.

The city is looking to tear up around a half-mile of Milwaukee Avenue from Wauwatosa Avenue west to Ludington Avenue in 2014.  That includes Hofmann's dead- end Ridge Court.

City leaders tell CBS-58 the project is long overdue.  Along with repaving, it will help with flooding and  replace sewer pipes that, in some cases, are from 1897.

But during the 6-month, $7.5 million project, people  living along the way won't have access to their driveways anywhere from two to  six weeks.  That problem is amplified by the fact that most of Milwaukee Avenue through that stretch doesn't have side streets to allow for parking.

\"You wonder too about some of the older people too and how they're going to get their groceries in and out of the house,\" Hofmann said.

\"I think the city is going to try to alleviate it, but I'm sure we're going to run into some problems,\" neighbor Merrick Wells said.

Wells says the driveways are a big concern, but some are worried about congestion before and after school too.

\"Living in the city, things get busier and busier, so we're just going to have to remain flexible,\" Wells said.

Hofmann tends to agree, but he plans to keep an  eye on the progress.

\"We're worried to the extent that we want to stay on top of this,\" Hofmann said.  \"We want people to know that we're  watching them.\"

The city says it's still in the early planning stages and hopes to have concrete parking and access plans for people early next year.  They're planning to hold a public meeting before the project starts in March or April to fill people in.