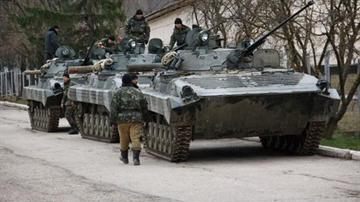 MILWAUKEE - As tension between Russia and Ukraine grow, a woman who moved here from Ukraine two years ago recently found out one of her friends was killed in violence there. She received the news while communicating with friends over social media. 19 year old Victoriia Senych said her friend, who as also 19 was peacefully protesting in Kiev February 20th. Many Ukrainians want to push the elections up to try and get rid of Russian backed President Victor Yanukovich. Yanukovich reportedly instructed the Ukrainian Military Police to violently confront protesters. Along with Senych's friend, nearly 100 others were also killed. Yanukovich has since fled the country. We spoke with Senych about the situation.