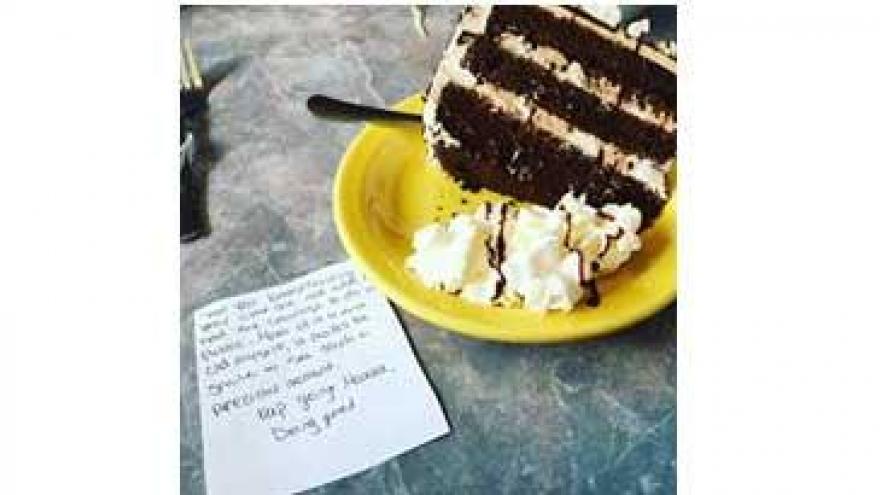 A woman in Jackson received a thank you note and piece of cake from a woman that noticed she was breast feeding in public.

Amanda Snyder said to CBS 58, “I was eating lunch at Jimmy’s restaurant in Jackson today with my dad and 4 month old. I ended up needing to feed my baby, and did so uncovered but not in anyone's face, like I usually try to do. “

Snyder said a woman approached her and said she had an adorable baby.

“I thanked her and said to have a nice day kind of thing. Next thing I know our server was bringing me a big piece of cake and a note. Said it was for me from someone else.  This made my entire day,” said Snyder.

The note said “I saw you breastfeeding your little on and wish I had the courage to do it in public. Mom of 4-month-old myself.  It makes me smile to see such a precious moment. Keep it going Momma. Doing good,” wrote the mom.

Snyder said to CBS 58, “Everytime I feed my child in public I think of the horror stories of women being bashed and criticized. Or being asked to leave and discriminated against. This was absolutely wonderful and its such a positive message in today's world. I wish I could find who she was because I want to hug and thank her. “