Local Teamsters Head To DC To Rally For Pensions 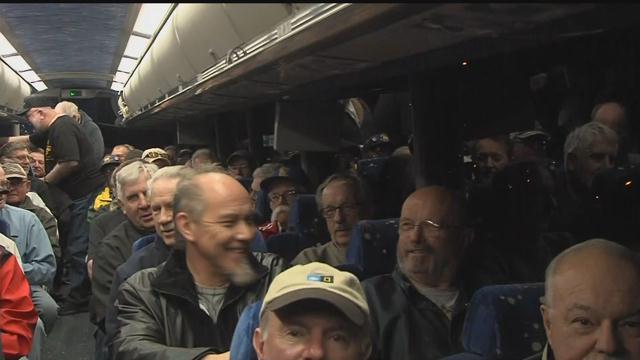 Upset about potentially losing their pension, more than 100 local teamsters are heading to the nation’s capital in hopes of blocking a proposed cut.

The group of teamsters left the Park and Ride near I-94 and College Avenue just after 4 Thursday morning.

One member told CBS58 they feel like they are being thrown under the bus.

Their pensions could be slashed by up to 70 %.

They say they have worked hard for decades and they may soon have nothing to show for it.

When they arrive, they will join thousands of others who plan to rally outside the capital building tomorrow.

They are asking congress to repeal the 2014 Multi-employer pension reform act.

And they stress this affects more than just union workers.

“This is a multi-employer pension plan issue. There are 1,500 multi-employer issue plans in the United States. It's going to affect more than 10 million people in this country,” explained Bob Amsden, an organizing teamster.

The local teamsters do have the support of Wisconsin lawmakers Gwen Moore and Senator Tammy Baldwin.

Baldwin released a statement that said, “We must respect the hard work of American workers and make sure the promises made to them are kept. A secure retirement is a central pillar of economic security for the middle class, and I will continue to fight to ensure Wisconsin families receive the full pensions they have worked for, planned for and depend on.”