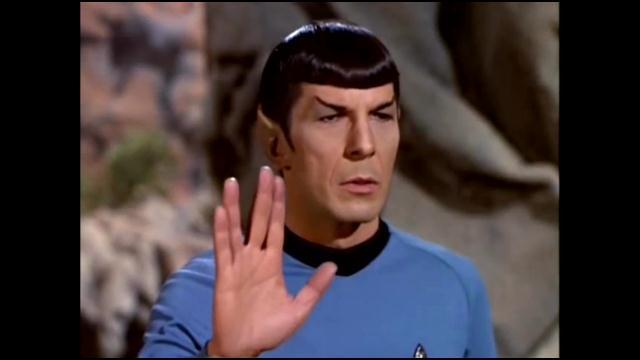 It's a sad day in the star trek universe.

Leonard Nimoy, best known for playing Spock in the original series passed away at the age of 83.

He was taken to a hospital earlier this week, and treated for lung disease.

A quote that's sure to live long and prosper in future generations as fans remember the great Leonard Nimoy who passed away on Friday.

\"I was shocked. I've always been a fan of star trek since I was a kid”, said Toy Dimension Owner Henry Smith Jr. \"I even still watch it religiously every Saturday night on METV.\"

Henry smith junior, owner of toy dimension in Milwaukee, reflects on what has drawn him to the character Spock.

\"Just the cool demeanor that he had, things that made him interesting for the time period, and kind of a trailblazer in a sense”, said Henry Smith Jr.

Steve Dobrzynski over at collector's edge comics has been Leonard Nimoy's success well beyond star trek.

\"One of those where he was in the public eye a lot, same kinds of circles I would follow because of my business”, said Steve Dobrzynski.

Dobrzynski brings up an interesting point with Nimoy in the modern day star trek movies.

\"He's kind of saying he's given his approval to what they're doing now. He's handing off the baton and saying going with it”, said Steve Dobrzynski.

Our sister's station METV is airing a tribute to Leonard Nimoy.

The tribute will air shows including star trek all weekend highlighting some of his best work.

Here is a list of this weekend's showings on METV.