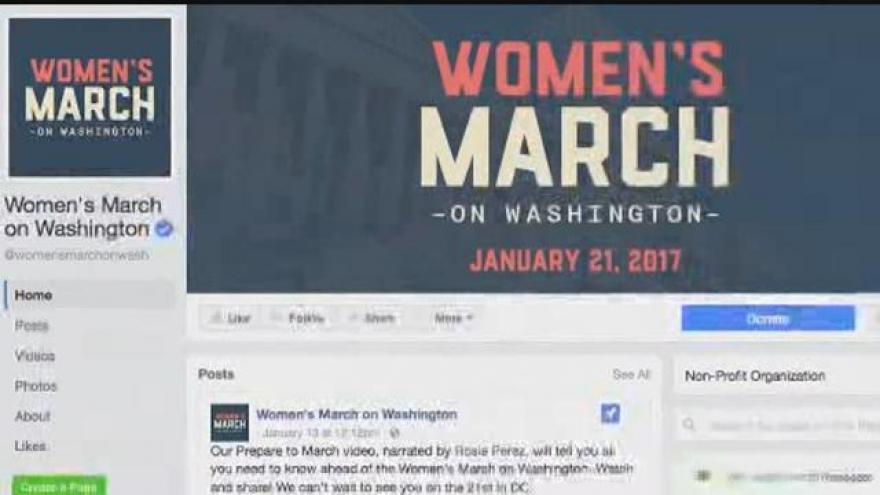 Thousands of people across the country plan to take to the streets in protest of the incoming president.

A large women's march is planned for Washington, D.C. on the day after the new president takes his oath.

Other women will stand in solidarity right here in Milwaukee.

Thousands of people are prepared to march on Saturday, to protect the rights of thousands of Americans across the country.

"This administration is bringing about a lot of change that is very negative. It's excluding a lot of people of color, of different sexuality, and women especially," said co-organizer of the Femme Solidarity March Brittany Nordstrum.

Organizers said the goal of the women's march is to send a message to the incoming administration that thousands of minorities are concerned their rights will be taken away.

In Milwaukee, a Femme Solidarity March is planned in the Riverwest neighborhood at the same time as the march in D.C.,  where around 300 people plan to show up.

"We want to let people know that that is our intention. To be peaceful, but to be heard," said organizer Nellie Vance.

The local march will start at the Riverwest Public House Cooperative and people plan to walk for nearly a mile.

Organizers hope this movement sends a message to the incoming administration.

"I'm hoping that they can see that positive change can be brought from getting together. That everyone is working together and fighting for a cause that is going to lift people up and keep people protected and keep their rights protected," said Vance.

Many people are taking buses from Milwaukee on Thursday and Friday nights to make it in time for the march in DC Saturday morning.