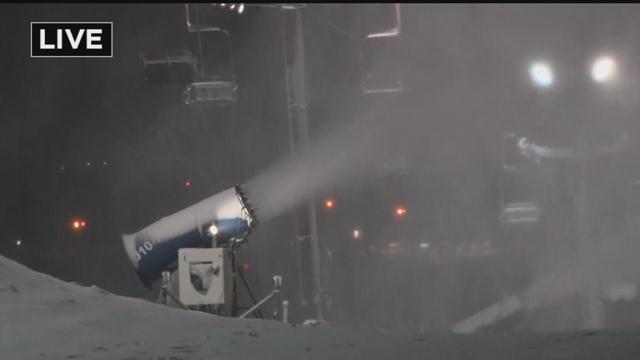 When Mother Nature doesn't give you a white Christmas, sometimes you have to take matters into your own lands.  Several winter sports parks around Southeastern Wisconsin started making snow to gear up for a weekend of skiing, snowboarding, and tubing.

For Rob Friedl, owner of Sunburst Winter Sports Park in Kewaskum, the day started dark and early.  Friedl told CBS-58 his snow machines will be working around the clock Friday.  He hopes to open the park by noon on Saturday.

The mild winter in Wisconsin forced many local ski areas to remain closed.  Last year, most parks opened in November, but Friedl says he hopes with colder weather and the holiday break for local schools, he remains optimistic for a great Christmas season.

Keep an eye on the snow conditions at Sunburst with their live web cam.