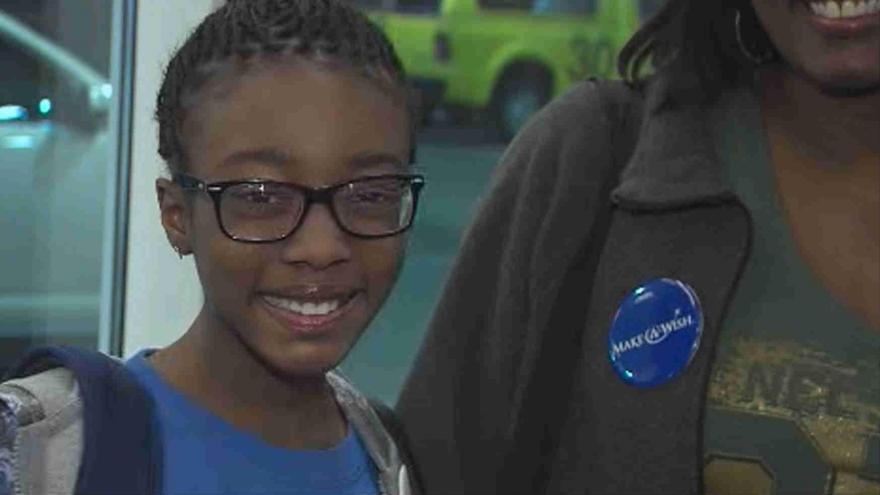 The smile on Sarah Stone's face belies the painful battle she's had most of her life against Sickle Cell Anemia.

CBS 58 News caught up with the 12 year old as she set off with her mother for the Grammy Awards thanks to the Make A Wish Foundation and Caledonia company ""Meetings & Incentives Worldwide" which raised money for the trip to California.

"I love music. I love singing," said a beaming Stone at Mitchell International Airport Wednesday. "So if I don't become a famous singer like Beyonce, at least I can say I made it to the Grammys."

Sarah's mom also beaming. Especially when you consider just how much her daughter has gone through for almost all of her life.

"A lot of pain," Genise Perry told CBS 58 News. "A lot of medications and surgeries. So, this is a blessing. Vacation from Wisconsin in the middle of February, sunny weather and we get to see a place we've never seen before."

The two will be VIP'S.

There are special dinners and tours planned and hopes are high that she'll be able to meet many celebrities.

Sarah has often been cooped up in her home after surgery, unable even to get to school.

It was just by chance that a time when she was feeling so strong, the call came that her wish was granted.

Music to her ears.

Sarah and her mom were featured in "Our Stories with Michele" on the CBS 58 News at 4. To watch click here