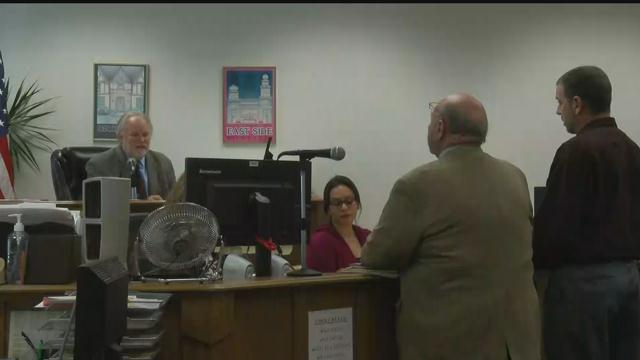 A local Scuba instructor and YMCA instructor is accused of paying underage boys to have sex with him.

57-year-old Steven Sands has been charged with Use of a Computer to Facilitate a Child Sex Crime. He had his first court appearance Wednesday. Sand faces up to 40 years in prison.

Sand ordered to pay $5,000 dollars bail for the child sex crime he's charged with. The prosecution asked for Sand to be kept off the internet, but the judge said he can go online, but only for business purposes.

An underage boy came forward to police, and told them he had a sexual relationship with Sand. This boy said Sand paid him $20 each time they met up for a sexual encounter. Police worked with the boy to investigate.

Here are a few of the text message exchanges:

Detective: I told him about you

Detective: He want to make some money

Detective: I can't right now. Don't have minutes on my phone

Sand: So what did you tell him??

Detective: What we do when we meet

Sand: And what did he say? When did you see him? How old is he? Did you take any new pics

Detective: He thought it was cool. He 15. Saw him this weekend at weed fest on east side

Detective: I don't know. You want his number?

When Sand chose a time to meet the boy, police arrested him.

The Bayside man also a swim instructor with the YMCA. The organization released a statement today:

“As soon as we learned of these charges, we immediately suspended this employee without pay and have barred him from all YMCA facilities. We have offered our full cooperation to the authorities throughout their investigation. If true, these charges are abhorrent and go against all the values of our organization.” – Jack Takerian, COO

Sand also owns Sea N Sand Scuba. CBS 58 stopped by his scuba store in Thiensville. A sign on the door says they're closed for a week due to a "family emergency." When CBS 58 called the number listed, no one returned the call.

Sand will be back in court at the end of May.