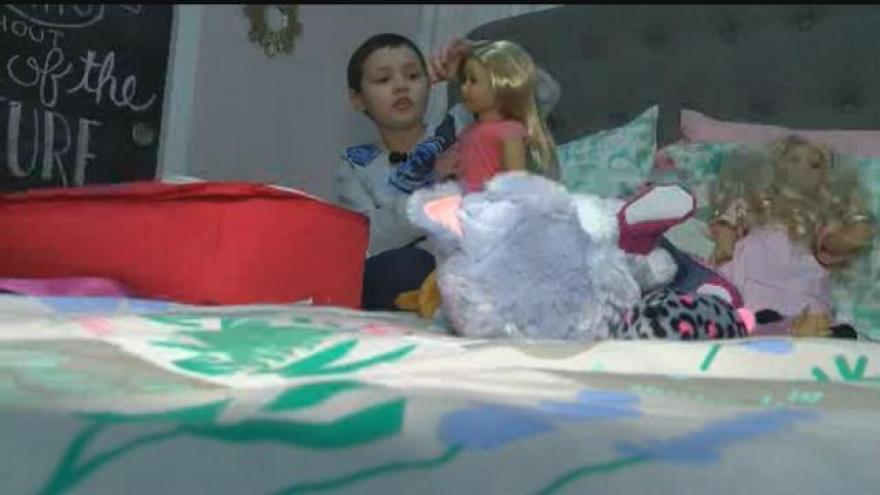 A little girl who has some fancy digs to relax in at night, after beating cancer.

It was all thanks to the kind gesture of a local realtor and dozens of people in the community.

Little things like playing with dolls with her sister Addison is something nine year old Riley Lowrance, has to relearn.

Riley spent a little over a year battling brain cancer.

"It's very shocking, because she had always been healthy and then you hear cancer. And then no less, brain cancer. It's like where does this come from? How does this happen," said Riley's mother Holly Lowrance.

While she was in the hospital , her parents Neal and Holly were looking for a new house, with more space for their family.

"We were in a small two bedroom house. When she was sick, it was rough, because Addison wanted to run and play and be normal. And Riley felt sick all the time so she would want peace and quiet," said Holly.

"I was like, Addison, get out of here," said Riley.

Their real estate agent, Mark Gregory, came up with the idea to give Riley a luxurious living space.

"My daughter has a blog called BalancingHome.com, and she was able to get several companies to donate things. Complete strangers would hear the story. I'd be in Home Depot and people would just give me $20. It was a very charitable thing by a lot of people," said Gregory.

After about a month of preparations, Riley's room is now filled with some of her favorites, from the chandelier, to toy kittens and the color pink.

Riley is now six months cancer free, and it's a long road ahead.

But the generosity is helping the Lowrance family along.

Life is pretty overwhelming on a daily basis so when people can make things a little easier, it's very much appreciated," said Holly.

Holly and Neal say it'll be about two years until Riley gets her strength back, but she's not letting that stop her.

To make the moment even more special, Addison got a room makeover, as well.