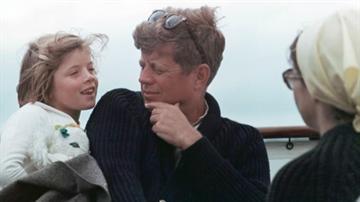 MILWAUKEE -- \"It was packed with people,\" George Vignyvich said. \"There was no room to walk, there wasn't even room to wiggle between the crowd.\"

George Vignyvich worked at Serb Hall when John F. Kennedy stopped in for a campaign event.

\"It was exciting but I guess I didn't realize the full impact of what that meant going forward in my life.\"

Vignyvich was drafted into the US Army. He was part of military intelligence during the Cuban Missle Crisis.  He was about to leave the military from his base at Fort Hood, Texas --  he heard the news.

\"Just as I was being separated from active duty, I got word that someone had shot President Kennedy in Dallas.\"

He won't forget the days that followed.

\"I ended up driving through the city of Dallas, the day of President Kennedy's funeral. I was pretty much sure that i was maybe one of a couple of cars that was on the highway, it looked like Dallas was a ghost town when I came through.\"

We found some other ladies who remember where they were.

Evelyn Regan was home when she heard the news.

\"I was vaccuming the living room and had the radio,\" Regan said.  \"And all of a sudden it got real loud and they said 'the president was shot'....I was just stunned.\"

Joyce Hiland was at work when she was told.

\"I was winding coils, and the timekeeper came and told me and I was so shocked I had to stop my machine. It was just heartbreaking because I was so glad he got to be President.\"