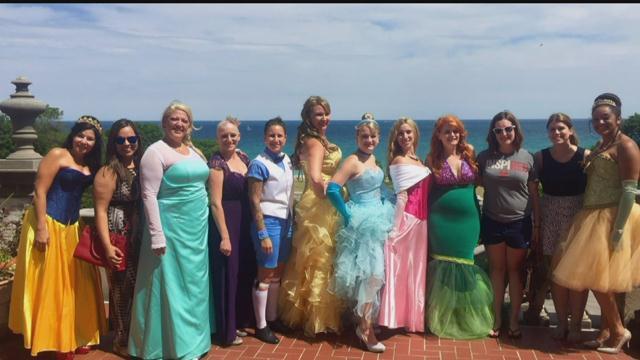 A new non-profit organization is trying to help those struggling in life live their happily ever after.

It's called Finding Your Fairytale, created by Angie Kupper.

"What we're trying to do is give people a more beautiful and artistic way to talk about some really difficult things," she said. "And we also want people to see no matter what struggles you face in life, happily ever after is still attainable for you."

Kupper explained how she came up with the initiative on the CBS 58 News at 4 Thursday afternoon.

"I was on social media and I saw a post about which fairy tale character would you be," she said. "I kind of laughed and was embarrassed at first thinking, I guess I would be Sleeping Beauty because I'm diagnosed with narcolepsy. And then I realized maybe that's not a bad thing. Maybe that's a way we can utilize the classic fairy tale characters to embrace the challenges that they've been given and feel beautiful and confident despite the obstacles that are in their way."

Finding Your Fairytale features 13 local survivors who have overcome battles with mental illness, chronic disease, addiction and much more.

Cindy Campos portrays the Princess and the Frog. She has a birthmark on her face and explained how that shaped first impressions.

"So my whole life, even before I was born, I didn't even have a chance to introduce myself," she said. "People have had many assumptions, from me being a victim of abuse or me just being an aggressive child or having some sort of disorder. So I've always had to try that much harder when I first meet with people and during your teen years, it's a struggle."

"It's been really nice to find your happily ever after and learn to embrace it and just own it," she added.

The organization just finished a successful fundraising campaign to create a documentary. Kupper said it walks through each person's transformation into their character, using a series of photos that show each individual's struggle and their success overcoming it.

"In the documentary, what you're going to see is the photos we've taken that depict our story, but what we're doing is we're using symbolism from the classic fairytale's to talk about the more challenging parts of each of our stories," Kupper said. "We wanted the photos to be emotional and to be gripping, but not graphic. So a child can look at the photos and see their favorite fairytale characters, whereas those of us who are a little bit older and more mature, can actually see the emotion behind it."

You can learn more about Finding Your Fairytale and how to support the organization on its Facebook page.