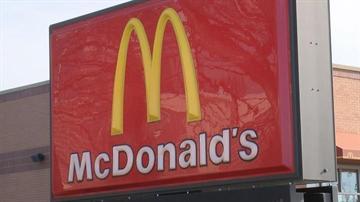 GLENDALE -- The Glendale McDonald's has been in the news a lot.  It's former owner is accused of using it as a drug trafficking spot.  Now there's new ownership, and the transition cost some workers their jobs.

\"We never got any applications,\" Ricardo Perez said.

Perez worked at various McDonald's restaurants for six years. He was a manager at the Glendale location most recently.

He, along with dozens of others lost their jobs at the Glendale, Fox Point, and Mequon locations this week.

\"Told us we didn't have a job there and we weren't employed and they didn't decide to rehire us.\"

The three were previously owned by Edward Patterson - he's in the midst of a federal drug trafficking case.

These workers stayed on board through the tough times.

\"Customers would make fun of us. We got ridiculed so hard for that situation, ketchup thrown, everything.\"

But the new ownership came in and put in it's own hiring plans.  Robert Pyles, the new owner, released a statement saying:

Some workers think they lost their jobs because they joined the Milwaukee Workers Organizing Committee.  That's a local union partially behind the fast food protests.

The group of workers say they're going to file a lawsuit to get those jobs back.