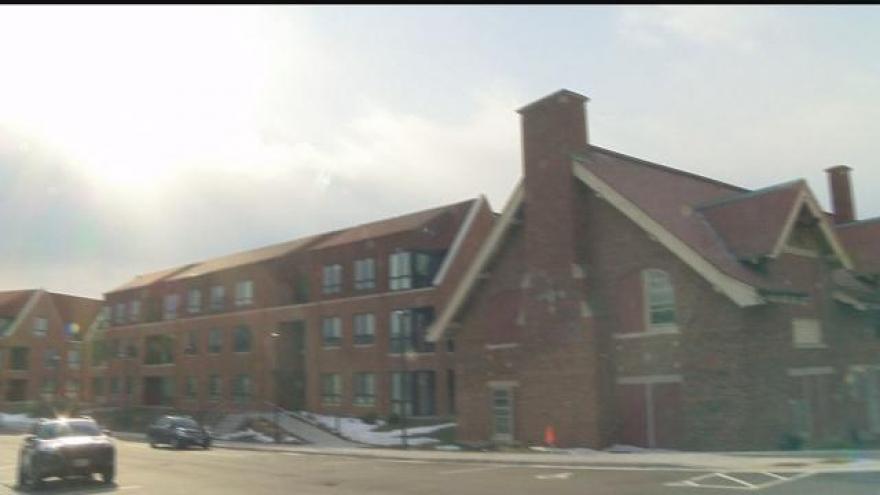 A local couple is planning to move into a mansion that is seven times bigger than their current house.

It's all to preserve part of the Historic Pabst Brewery from demolition.

Jim Heartel and his family plan on moving into the Eschweiler Manor.

“All the windows were broken. Walls of drywall were kicked in. Pipes broke where they could break 'em and it was just basically a vandals paradise,” said Heartel.

Apartments are springing-up around this 7400 square foot building.

This whole space is the former school of agriculture and domestic economy in Wauwatosa.

It was designed by influential architect Alexander Eschweiler.

Barry Mandel sold the property to Heartel for a dollar.

Heartel closed on the property last month with one major stipulation that it has to be a giant single family home.

"I see a future walk-in closet like something out of Carrie from Sex and the City. And do we need a big walk in closet? no. but when you got all this space, you use it,” said Heartel.

His plan is five bedrooms and five baths.

"Maybe we'll do some home brewing of beer in here,” said Heartel. “My wife constantly reminds me two words: humble and kind. So we don't want to sit here and show off like 'look at this mansion that we're in. We hope to be appreciated for saving a building that otherwise would have been demolished and finding a new use for it."

"I call it the envy of the 3rd little pig. You can picture the first house made of straw and the next one made of sticks. Well this is a brick house," said Heartel.