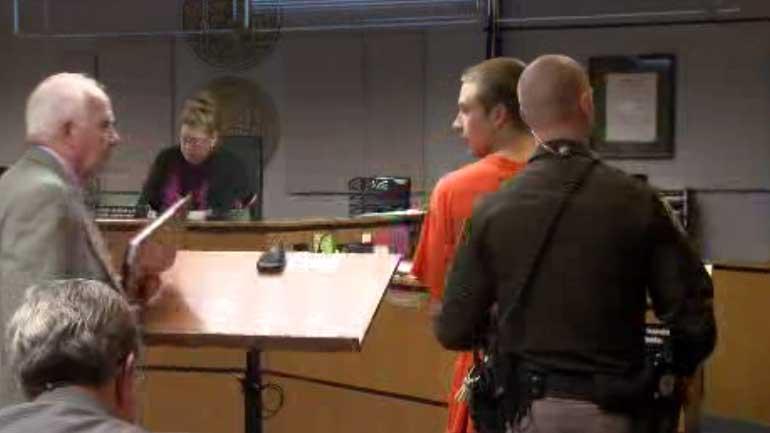 Investigators are trying to figure out if Brandon Calkins will face additional charges. However, they first have to obtain a video from the train company of the accident.

According to the criminal complaint, on November 14 Calkins' girlfriend fell on the train tracks and was seriously injured after being hit by a train. Her left arm was severed in that accident.

The criminal complaint states that before that happened the victim called her mom to tell her Calkins pushed her down and she hit her head.

Her mom was going to meet her, but she never arrived. Her mom told police she thinks that fall caused her daughter to lose consciousness and fall again, this time on the train tracks.

Her family set up a You Caring Page fundraiser for the victim. On the page, the family said it will be a long recovery.

District Attorney Kevin Osbourne said he expects to have a decision by the end of next week.