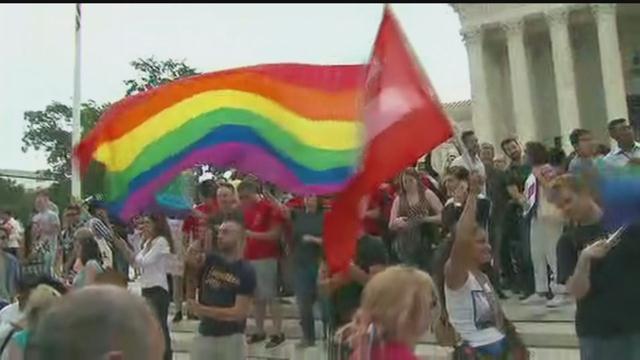 It has been one year since the U.S. Supreme Court's decision to legalize same sex marriage.

Wisconsin legalized same sex marriage for a little over a year before the U.S. Supreme Court ruling came down.

The federal vote to recognize marriage equality was a 5 - 4 decision.

After recent events like the Orlando mass shooting, those in the local LGBT community say there's still a long way to go for true equality.

"That was a huge victory and something that was needed but... it's one right in this fight," said Brenda Coley.

An LGBT activist, Coley has been with her partner, Sandra, for 30 years.

"There's issues with domestic violence, there's issue with sexual assault and rape and mental health issues we're still hesitant to tell folks who we are. So those things are still present in the atmosphere," said Coley.

Still fighting to be accepted is something the LGBT community was aware of, but homophobia made national headlines just two weeks ago. The mass shooting in Orlando targeted a gay nightclub.

"When we looked at the situation in Orlando, we came to realize that we're still not there yet -- that homophobia still kills people," said Coley.

Brenda and Sandra have wedding plans.

"We've never been married -- been together, but not legally. So, we're going to be married," said Coley.

The vows the two have already taken are for all who are lesbian, gay, bisexual and transgender.

"That means citizenship, immigration rights, that means the end of racism, that means reproductive rights for our community -- all those things matter," said Coley.