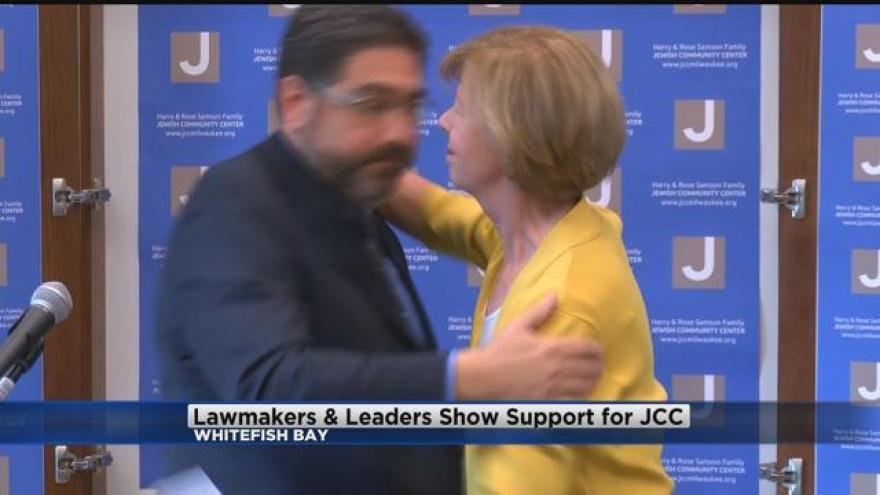 Amid threats to the Jewish Community Center, a group of local leaders came together to show their support for the organization and Jewish community.

Each of the elected officials said they want to stand with the JCC and stop any anti-Semitism or hate something leaders here at JCC greatly appreciate.

"It's like the biggest hug for our community," said Mark Shapiro.

Representative Gwen Moore and the other elected official said they look forward to seeing how president trump and his administration move forward against hate crimes and threats.

Wisconsin was spared but there were a number of new threats just today at several Jewish schools and centers from Florida to New York to Indiana.

According to the JCC Association of North America, since the start of the year there have been 69 bomb threats to 54 Jewish centers in the United States and Canada.