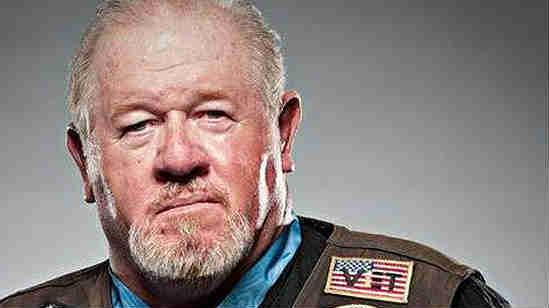 Medal of Honor Recipient Gary Wetzel has suffered a setback after going down on his bike on the highway.

The community of South Milwaukee is holding a Gary Wetzel appreciation day and fundraiser to help him through his recovery.

The party starts around 2:00pm  at Tracker's Pub and Grub at 1401 Rawson Avenue in South Milwaukee.

There will be live music including Superlow starting around 5 p.m. until 10 p.m.

Rawson Elementary School has donated its parking lot for patrons who are taking part. The lot is located across the street from Tracker's.

Wetzel's time in the army is the stuff of legends.

He re-enlisted for another tour in Vietnam back in 1968.

He was shot down for the fifth time and lost an arm, stuffed the limb into his fatigues and wen on to fight back against the enemy to clear a landing strip for his fellow soldiers.

The Combat Veterans Motorcycle Association Milwaukee Chapter 45-1 has stepped in as a sponsor and has agreed to purchase the food for this event and proceeds will be included in donation to Mr. Wetzel.

Silent auction items include an autographed football from the Green Bay Packers and tickets to see Green Bay vs Seattle at Lambeau.

Wetzel is said to be fighting back hard to work up the strength to stand. He will try to make the event if he can.