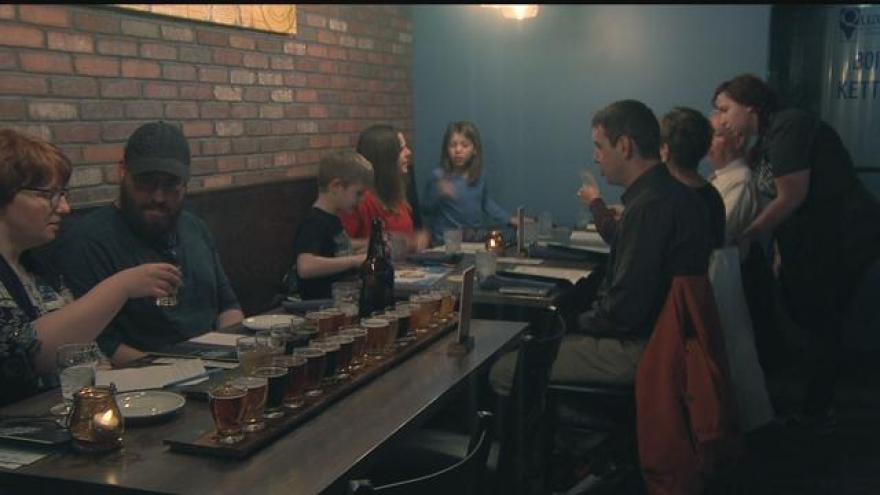 At The Explorium Brewpub in Greendale at Southridge Mall, 16 craft beers are always on tap and families can toast to some quality time, even with the kids.

Dad Matthew Byrge said it can be a challenge sometimes dining out with his 6 and 7 year old.

\"I'm expected to be kicked out because of sometimes how they behave,\" he said.

But he doesn't expect to be rewarded when the kids are on their best behavior, though the thought is nice.

\"I would imagine a couple dozen times we've given this out,\" said co-owner Mike Doble.

Doble is talking about the restaurant's well-behaved child discount, or, 10 percent off the kids menu items. It's a bonus clearly marked on the final bill.

\"Most of the time the reaction is surprised,\" said Doble. \"They see it on there and they're like wow, really?\"

The criteria is quite simple. If families have a good time and kids aren't running around the restaurant, they'll earn the discount.

Doble said the deal is meant to be a fun incentive, not a punishment.

\"Every kid, my kids have bad days and when they were younger, I remember some disasters we created in restaurants,\" he said. \"We don't ever want parents to feel bad about that.\"

Still, Doble recognizes it's a fine line balancing the needs of all of his guests. That's why folks like Diane Lau like the idea.

\"You know they have it at schools, incentives to do well at schools and behave well, so why not bring it to a restaurant?\" Byrge said.

And if there are any issues, staff are trained to interact with kids to ease the situation.

\"Very seldom do we not see a family earn that discount,\" said Doble.

The well-behaved child discount is an incentive restaurants across the country are also using. CBS 58 checked for other places in our area that offer it, but didn't find any.