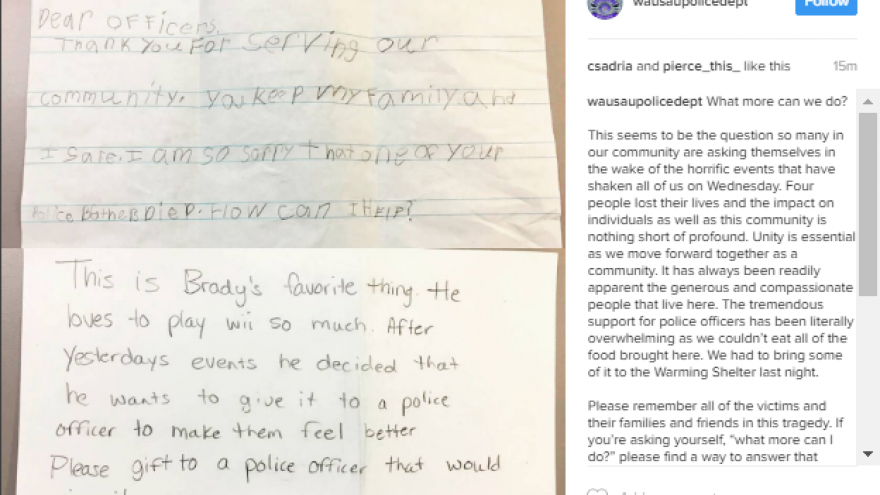 WAUSAU - A little boy named Brady wrote a heartwarming letter and gave one of his most prized possessions to the Wausau Police Department.

Brady wanted to do something special for the Wausau Police Department following the tragedy that unfolded on Wednesday which left four people dead including an Everest Metro Officer.

Wausau posted the little boys letter to Instagram which said the following:

Thank you for serving our community. You keep my family and I safe. I am so sorry that one of your police brothers died. How can I help?

Included with that letter was one of Brady's favorite things, a Wii.

The family explained that after the events that happened, Brady wanted to give an officer his Wii to make them feel better. Brady asked that the Wii would be gifted to an officer that would enjoy it.

It looks like the Wii has done its job. The Wausau Police Department posted the photo of their officers playing saying "Brady's gift to the officers is being put to therapeutic use."