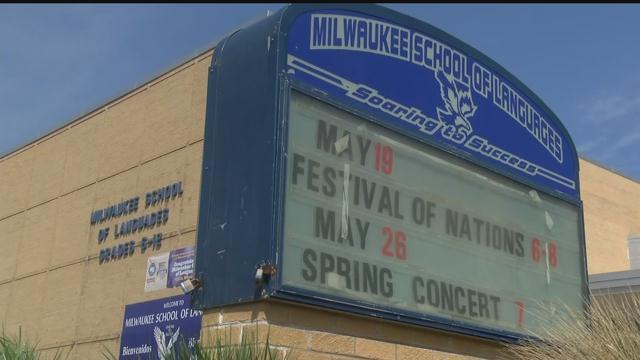 Several area schools, including 8 from Milwaukee Public Schools, made the list of top high schools in a report by the Washington Post.

The list from looks at the number of advanced placement, International baccalaureate and Cambridge test given at the school.

Yvette Martel, Principal at Milwaukee School of Languages, ranked number 1 in the state, says there are several students who are enrolled in multiple advanced placement classes. Students taking more than one AP test, helps the score of the school.

Martel said her students are very engaged and often challenge themselves.

She said the school will be introducing AP Capstone classes next year to help continue to challenge students.

"We already have 70 to 80 students already enrolled for that program which is going to be a big advantage for our students moving along and going along to college," Martel explained.

US News and World report also published a similar list this week. They named Whitefish Bay High School the top in the state.

For a list of the top Wisconsin schools according to US News and World Report, click here.