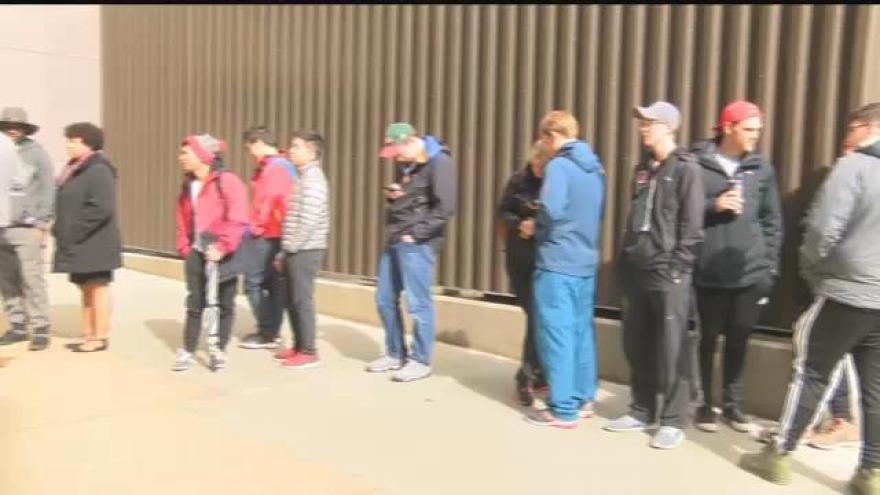 It's a must win for the Bucks against the Raptors in Milwaukee.

Fans lined up early for tickets once the Bucks offered college students $10 ff playoff seats with a student ID.

By the time the box office opened at 10 a.m., the line was stretched down to the street corner.

The first people here say they were in line before 6 a.m.

Against the recommendation of the Bucks organization, they admitted to skipping class.

This game means that much to them.

\"I'm friends with my teacher,\" explained student Max Flanagan. \"I work for him on the side. I told him the circumstance. He said as long as I'm not too late, he'd let it slide.\"